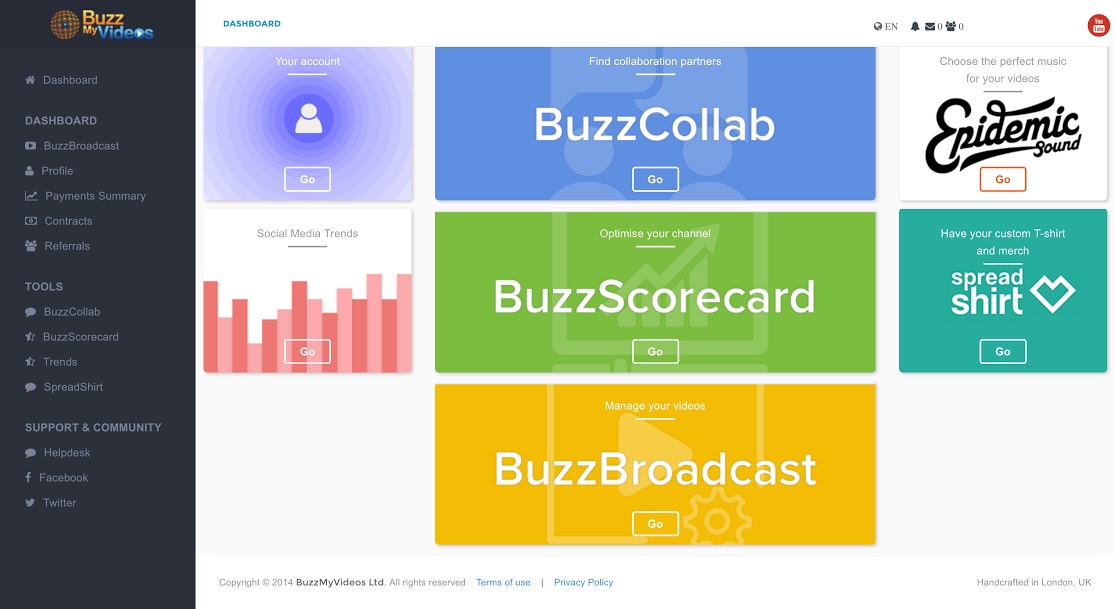 A feature to simultaneously upload content across platforms may be efficient, but marketing pro Jonathan Davids says it might not benefit creators.

U.K. digital network BuzzMyVideos is getting social. The MCN has introduced a new feature for creators, BuzzBroadcast, which will enable its creators to publish their videos to the native video players on Facebook and Twitter.

The move comes as social media platforms and apps — namely Facebook — are increasingly shifting their focus to video and pouring more effort into their native video players.

The new BuzzBroadcast feature will reside on creator “dashboards” on their account management pages with BuzzMyVideos, and will allow them to simultaneously upload video to Facebook and Twitter, while also uploading to YouTube. The tool will also allow creators to upload up to six video files at one time, increasing the speed of video turnover.

The company sees the move as giving creators the power to leverage their social presence and wider audience reach.

However, uploading the same video to multiple platforms may not be the most effective move for creators, said Jonathan Davids, founder and CEO at Influicity, a marketing company which works with networks, brands and influencers.

“Posting identical video to multiple platforms is not something we (Influicity) encourage. If you’re an influencer, you’re really putting content out there for your biggest fans who follow you across a whole social web. Taking one piece of content and syndicating it across platforms without tweaking it at all probably won’t go over well with them,” Davids told StreamDaily.

BuzzMyVideos did not return requests for comment at press time.

Pictured: The new interface for BuzzMyVideos