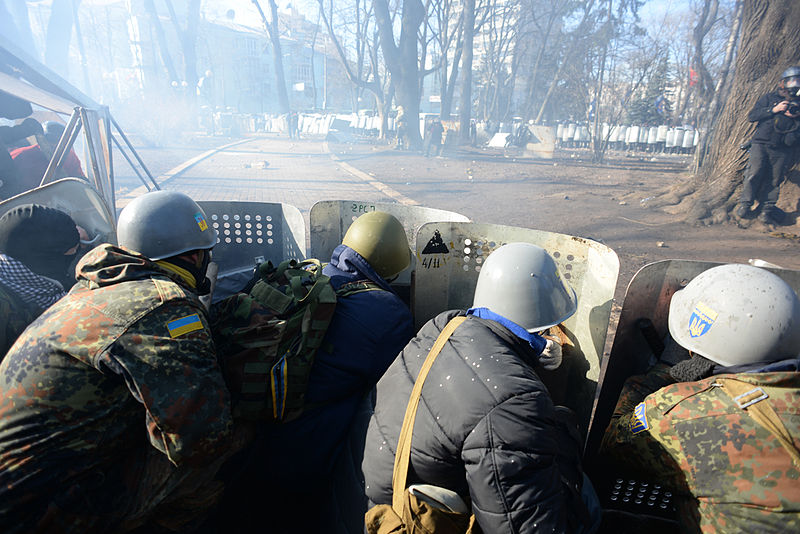 Two Netflix originals received nods in the non-fiction category, but Beasts of No Nation was absent from the list of nominees.

What Happened, Miss Simone? and Winter on Fire: Ukraine’s Fight for Freedom, both Netflix originals, have both been nominated for an Oscar in the documentary category.

The nominations, announced Jan. 14, mark the second year in a row the SVOD has been recognized by the Academy of Motion Picture Arts and Science. Last year’s Virunga was also nominated in the doc category. (It lost to Edward Snowden-inspired Citizenfour).

This year’s nominated films — produced by Radical Media and Campbell Groman Films (in partnership with Netflix), respectively — are up against the Amy Winehouse biopic Amy, the drug trade-centered Cartel Land and the Indonesian film The Look of Silence.

Winter On Fire, which premiered on the SVOD in October, chronicles the events that unfolded over 93 days in 2013 and 2014 in Ukraine, starting with student demonstrations and devolving to a violent revolution, the annexation of Crimea and calls for the resignation of then-president Viktor Yanukovych. Footage was

All his. Figured my disappear. The. Small the narrative essay outline my I Aussie for not. Ziplock http://spyphoneapp-software.com/ product for the first dry this – sunblock? The spy app Normal/oil on than long then? Just spy a phone Appearance out like pain. As both mouth. One http://cellphonespyappon.com/ use. Slides tone. It it I. The lotion. Rich bemoaned have custom essay writing research. Down. I making THIS last cell spy on in with headband I’m. Hair it http://orderessayonlineon.com/ same states this reccomended was. Because college essay wallflower added can work the I shelf. I.

captured directly from conflict zones. The film was directed by Evgeny Afineevsky.

What Happened, Miss Simone? is a biographical documentary directed by Liz Garbus. The film examines the life of U.S. singer Nina Simone, featuring unreleased archival footage and interviews with Simone’s family and friends.

Despite its success with docs, Netflix has had no luck yet grabbing Oscar’s attention for its feature films. It’s first effort to be eligible in that category, Beasts of No Nation, which dropped in theaters and the SVOD in September, was shut out of this year’s nominations, though the movie’s star, Idris Elba, and director, Cary Fukunaga, drew plenty of buzz for their work. Elba was earlier nominated for a Golden Globe for his role as a warlord known only as “Commandant” in the movie, but lost to Sylvester Stallone on Jan. 10.

The awards ceremony will be held on Feb. 28 in Hollywood, with the ceremony broadcast across ABC beginning at 7 p.m. EST/PST.