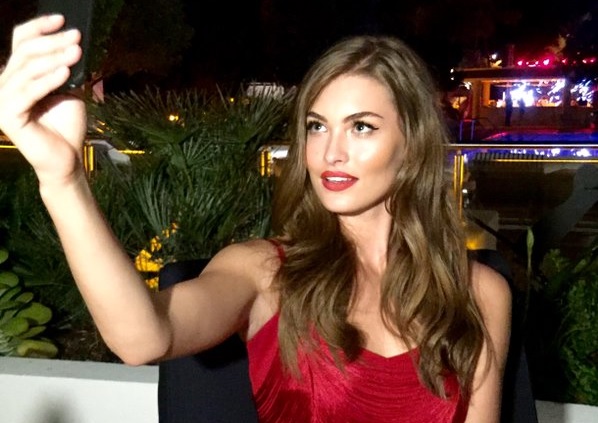 The AOL-owned mobile app allows users to integrate live video into online chats, and lets celebrities and brands communicate directly out to fans.

AOL-owned mobile platform Kanvas is looking to set itself apart from others in the live-streaming space by adding celebrity users and brands to its app.

The tech world has seen a slew of live-streaming options pop up in recent years. The emergence of standalone apps such as Periscope and Meerkat have allowed users to broadcast in real-time to a wide audience.

Kanvas, which was acquired by AOL in August, runs on a slightly different format. The New York-based start-up began as an in-app tool to allow users to create gifs with their cameras and add photo and elements into their mobile conversations on pre-existing messenger apps such as Facebook Messenger.

In October, Kanvas added live-streaming to its services. Now, the company has taken that function a step farther, launching Kanvas Official, a live-streaming platform that allows businesses and celebrities to create “verified” accounts. Its inaugural partner for this latest evolution is clothing retailer Guess, which will use the app to promote its “#GuessAllAccess” campaign. Its first broadcast through Kanvas was Dec. 1, in collaboration with Flaunt magazine.

Guess will also work with Kanvas on “several creative implementations,” according to a release by Kanvas. No further details have yet been announced.

Vic Singh, founder of Kanvas, said in an email to StreamDaily its integration of live-streaming into existing apps is what makes it different from others in the live-streaming space, including YouTube and Facebook (though Facebook only offers it for confirmed celebrity or brand accounts).

“(Adding streaming to apps) makes the experience more personal and allows the users to make it their own,” he said.

For users wishing to exchange streams privately, instead of using Kanvas as a standalone platform, they can open Kanvas within supported messaging apps and use it to add a gif or a live-stream within that chat. Users can also watch branded broadcasts (such as the one by Guess) via Kanvas’s app or site.

Singh said adding verified accounts and partnering with brands such as Guess are good ways to monetize the business, while also offering more appealing content for users.

“We feel like there are really interesting native opportunities for brands to participate in the growing trend (of live-streaming) and to not just pepper audiences with intrusive ads.”

Tech companies are increasingly trying their hand at live-streaming options. Hang w/, for instance, exists to connect celebs with their audiences on social media in real time. Former Endemol Beyond USA president Will Keenan now heads up a live-streaming start-up Streamup, and other sites like Firetalk have gotten programming boosts from the likes of The Young Turks, an online news program that streams daily across platforms. Monetization stategies differ across the various streaming platforms — Firetalk is supported by ads, while Streamup uses an ad-free model and allows users to “tip” creators.

AOL was officially acquired by Verizon in June. Since then, both AOL and its parent company have introduced numerous new apps and initiatives all centered around a push to mobile, such as AOL’s new live event streaming service and Go90, Verizon’s mobile short-form video platform.