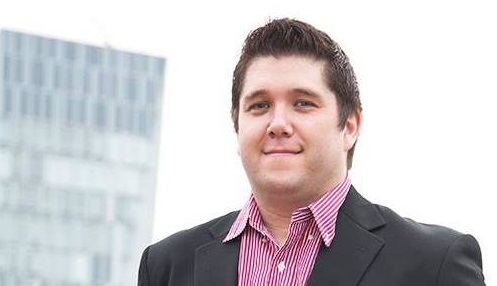 CEO Rob Pereyda believes the new SVOD will stand out from larger competitors because of its niche, Japan-inspired content and merchandise.

Fans of sushi will know that selecting “omakase” on the menu means you’re up for a dining adventure. The Japanese term roughly translates to “leave it to us” and gives the chef the power to choose what you’ll eat.

Viewster Media, a niche VOD service featuring Japanese anime, is borrowing from that sentiment with the planned launch of a new paid subscription offering.

The new SVOD, to be called Omakase, is set to roll out later this year and cater to Viewster’s key demographic: mainly young men, between 18 and 34 years, who enjoy anime, gaming and manga, with a little horror, sci fi, kung fu  and fantasy added into the mix, said Rob Pereyda, Viewster CEO.

“Viewster is profitable, but, in terms of focusing the business and really seeing where it is going, you need to make sure you are ahead (of viewer consumption trends),” Pereyda told StreamDaily. “As a company, we looked at the subscription space and decided this is an area where we want to do something in…This is us hopefully being forward-thinking in that plan. We think it’s forward-thinking.”

Viewster currently operates an ad-supported VOD service. It’s strongest global markets currently include the U.S., Canada, Scandinavia, Britain, Ireland and Australia, but the company is looking to expand that fanbase by offering an ad-free platform, adding new titles to its existing library, and finding new ways of delivering that content to an increasingly global audience.

Part of that strategy includes the launch of three branded channels, each one offering hyper-curated, short-form content designed to compliment the platform’s anime offerings. The branded channels include Mondo Media (where fans can access animation favorites such as Happy Tree Friends and Dick Figures), AllTime10s (featuring bizarre and amusing facts) and How It Should have Ended (a parody animation series that provides new endings to popular movies).

Pereyda said more channels will be announced in September, including those that focus on gaming, animation and entertainment. The channels are available for free across Viewster’s ad-supported desktop, mobile and smart TV apps. The company is promising a consistent, fresh flow of content to the platforms.

What the branded channels do is allow the company to get around geographical restrictions that may block certain content, such as big blockbuster movies, from being distributed in certain markets.

“With the branded channels, that’s not a problem. It’s truly global content that we can market worldwide, which is great for SEO and…just connecting with users because then we don’t have to say, ‘Oh, this is not available in your region.’,” said Pereyda.

Pereyda said the pending subscription service comes as more viewers demand an option that doesn’t expose them to advertising. Right now, the company’s AVOD service draws on any given month in the U.S. an average of about tens of million unique viewers (according to Comscore). In August, 2014, the company cracked the top 10 video content properties on the Comscore list with 34.5 million monthly viewers. Google’s YouTube ranked in first place with 159.8 million unique views that same month, with Facebook in the number-two spot with 108.3 million viewers.

Pereyda wouldn’t release the company’s own viewer numbers beyond the Comscore rankings, nor would he comment on projected subscription figures. But he said he expects Viewster to stand out from much-bigger competitors in the SVOD space because of its niche content offerings. To sweeten the deal, the company is also offering subscribers bi-monthly merchandise related to the Japan-inspired content, including T-shirts, toys and books, as well as exclusive access to mini-EP albums that debut through the Viewster app.

“If you look at it like that, we think this is breaking new ground in the (subscription) business and there really is no competitor for that,” he said. “No one else is doing omakase.”

The new SVOD service is expected to cost about $12.50 monthly, with additional shipping costs associated with the related items.