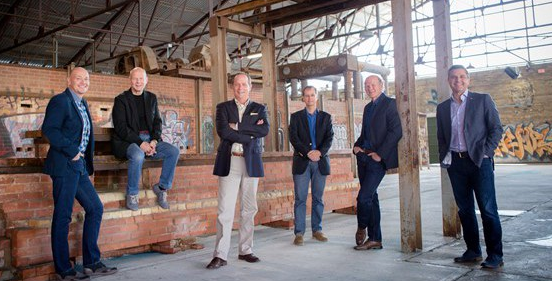 Into an increasingly crowded OTT environment, a new global venture is set to launch with a selection of hyper-niche channels on everything from aviation to guitars and motorbikes.

TableRock, a new, direct-to-consumer entertainment company with a leadership team that includes two Canadian former broadcasting execs, announced Aug. 11 that it will launch a subscription-based over-the-top service in 2016.

TableRock Media co-founder Jeffrey Elliott (who also co-founded GlassBox Television) said the niche focus of the content is what is likely to attract potential subscribers.

“These are people who are spending thousands of dollars on their passion, and we believe there is opportunity in there to get hyper-niche and focus ourselves. Technology has enabled us to reach these consumers, not only through an OTT offering…but also through social networking and through events,” said Elliott in an interview with Playback, StreamDaily’s sister publication.

The majority of the programming will be in the unscripted space, such as documentaries and hosted, magazine-style series.

Company execs expect almost 80% of the content on the service will be original. Much of the production will be done in-house, but the company will also commission content.

The company is currently in talks to offer service on Apple and Android devices, connected TV devices, video game consoles and other digital platforms. The channels will be available via apps on the various platforms, and users can access the content after they purchase a subscription.

In addition, subscribers will have access to exclusive events, digital forums and social media communities based around the interests highlighted in the channels. TableRock is currently in late-stage talks with a tech partner that will create digital infrastructure for the channels.

A recent study by subscription billing service Vindicia and analytics provider Ooyala has predicted that OTT revenues are expected to double (or possibly triple) by 2018. Participants in the survey (all executives from the tech, media and entertainment industries) said that the growth in popularity of niche OTT and VOD services will be a driving factor in the predicted OTT revenue surge.

Elliot said TableRock’s OTT service won’t have any pre-roll ads, but there will likely be branded entertainment opportunities. A price point for the subscriptions has not yet been determined, but Elliott said it would likely be in line with what other “premium” OTT subscription services charge.

Along with Elliott,  TableRock co-founder David Hatch will serve as chief creative officer. Hatch continues to work with Whistlestop Productions, of which he is the founder.

Joseph Arcuri, former CFO at GlassBox and former president of AOL Canada, is also a co-founder of the Toronto-based company.