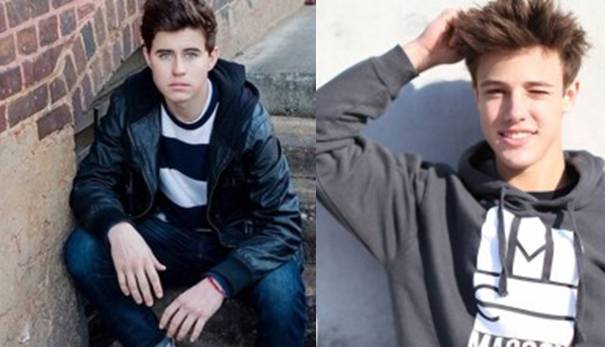 Fullscreen gets into the movie biz

Fullscreen Films will produce original feature-length movies starring digital-native talent, to be distributed across all screens.

Fullscreen is going long-form. On Friday, the multi-platform media company announced the formation of Fullscreen Films, a new division that will develop and produce original feature-length movies starring digital-native talent, to be distributed across all screens.

The Outfield follows a trio of varsity baseball players as they enter their senior year of high school and navigate difficult choices on and off the field. Grier will make his acting debut in the film, starring opposite his frequent collaborator Dallas, (pictured, left to right). Fullscreen chief content officer Michael Goldfine, who produced last year’s direct-to-digital hit Camp Takota, is directing the film with Eli Gonda, based upon a story by Goldfine. WME, which represents Grier and Dallas, packaged the project. The film goes into production this week.

Lazer Team is about 4 small-town losers who stumble across an alien crash site. Directed by Matt Hullum from a script by Burnie Burns, Chris Demarais and Joshua Flanagan, it is the first feature from Rooster Teeth, which Fullscreen acquired last year. Currently in post-production, Lazer Team was funded by an Indiegogo campaign that raised $2.48 million, nearly 4 times its goal.

“Fullscreen is committed to giving creators the opportunity to express themselves and tell stories that matter to them and their audiences,” said Goldfine in a statement. “Often, those stories are most authentically told as full-length movies, whether they capture a significant moment in pop culture, like O2L, or reach the hearts of passionate fandoms like Lazer Team and The Outfield.”

Fullscreen’s multi-platform network has 60,000 creators, including The Fine Bros., filmmaker Devin Supertramp, Lohanthony, Andrea Russett and Grace Helbig. Collectively, they have 500 million subscribers who generate more than 5 billion video views each month. Otter Media, a partnership between The Chernin Group and AT&T, purchased a majority stake in Fullscreen last year.