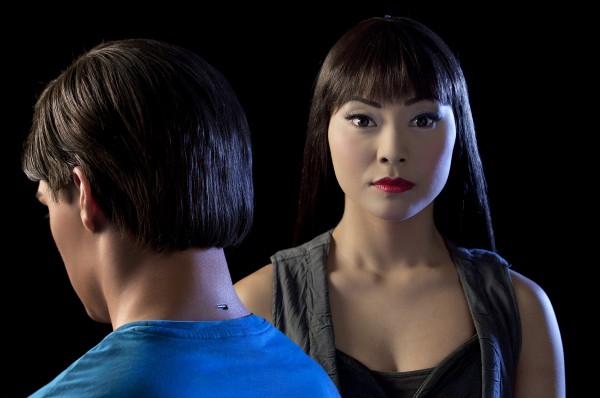 The eight-episode show called Humans, which will be produced by London-based Kudos, is the latest Millennials-targeting series from Xbox Entertainment Studios.

The drama will be produced by London-based Kudos (The Hour, Utopia, Broadchurch) and will share a premiere broadcast window on both the Xbox platform in North America and Channel 4 in the U.K. in 2015.

Written by Sam Vincent and Jonathan Brackley (Spooks), Humans is an English-language adaptation of Sveriges Television and Matador Film’s series Real Humans (pictured). It’s set in a parallel present where the latest must-have gadget is a ‘Synth’ — a robotic servant  similar to its live counterpart. One suburban family purchases a refurbished synth only to discover that sharing life with a machine has far-reaching and chilling consequences.

“‘Humans not only questions personal relationships, we loved how this sci-fi show toys with reality and our connection to technology,” said Xbox Entertainment Studios president Nancy Tellem, in a statement. “This deal with Channel 4 and Kudos underscores Xbox Entertainment Studios’ commitment to programming premium TV series with global partners and creating engaging interactive experiences.”

“This is the first co-production commission to benefit from Channel 4’s increased investment in drama and reaffirms our commitment to ambitious, highly original drama series,” said Piers Wenger, head of drama for Channel 4, in a release.

Jane Featherstone and Derek Wax will executive produce for Kudos, along with Henrik Widman and Lars Lundström, from Matador Films, the executive producers of the original Swedish format. Chris Fry (The Smoke) will produce. Distribution will be handled by Shine International.

Casting for Humans will begin in May 2014 and production will start later this summer.