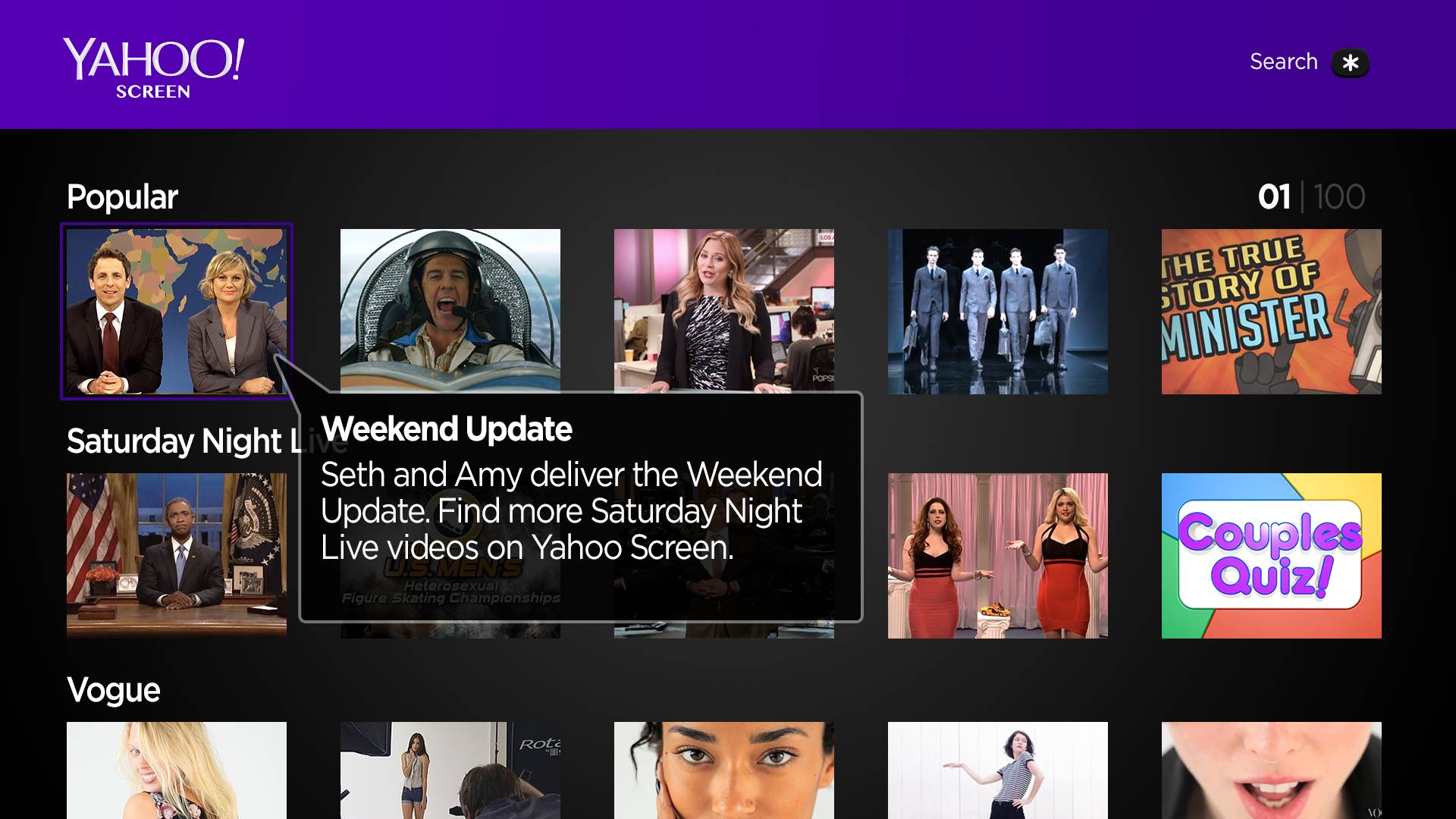 Available on its set-top boxes, the app offers exclusive access to SNL clips, Yahoo originals, as well as Comedy Central's The Daily Show with Jon Stewart, The Colbert Report, and South Park.

Roku announced on Monday that it has added a Yahoo Screen channel to its streaming set-top boxes.

Yahoo Screen offers free unlimited streaming of TV clips and Yahoo originals. Its most significant feature is NBC’s Saturday Night Live, a closely monitored property that’s difficult to find for free on the web. Yahoo Screen has exclusive rights to all of SNL‘s archived clips, as well as current -season skits, including all the digital shorts. It also features clips from such Comedy Central shows as The Daily Show with Jon Stewart, The Colbert Report and South Park.