As cable network HLN rebrands itself as being a destination “for the social media generation,” it’s reaching out to key players in the digital space to help put together a programming slate.

Those players include My Damn Channel CEO Rob Barnett and Channel Frederator Network founder Fred Siebert, both of whom will produce shows for the CNN Worldwide network, it was announced this week. 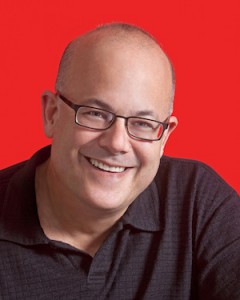 The MCN’s producers have been mulling over a way to extend their content to TV for some time.  “We’ve come close to re-imaging our original comedy series for television in the past few years. Videocracy grew out of my experience programming and producing successful countdown shows in radio and at MTV and VH1,” Barnett says.

By profiling online videos on television (HLN says it reaches more than 100 million households in the U.S.) Videocracy will also encourage viewers to check out the best in streaming entertainment, he adds. “Online video creators need more ways to get massive promotion and support for their content.”

HLN announced five other new shows as part of its new programming slate, but no details are available yet about their launch dates or format. Animation legend Siebert (Adventure Time, Cartoon Hangover) will produce a show called I Can Haz NewsToons, which will curate the best e-cards, caricatures and doodles on the web and feature political and social cartoonists who work in print.