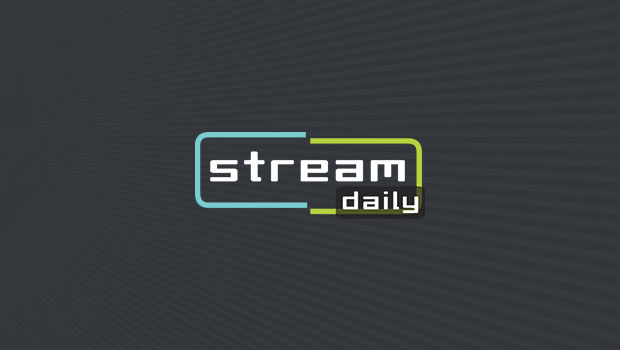 The Young Turks TuneIn to a new platform

News and culture network The Young Turks Network is taking on another new platform — and format. On top  of its ventures on YouTube, FireTalk, Facebook Live LOS ANGELES – JUNE 29, ...

News and culture network The Young Turks Network is taking on another new platform — and format.

The Young Turks is the largest online news and politics show in the world. Hosted by Cenk Uygur and Ana Kasparian, the show airs daily from 6-8 p.m. ET on YouTube and on TYTNetwork.com. The show features Uygur and Kasparian’s unfiltered and unscripted analysis and opinions on the biggest news in the world of politics and beyond.

Each day’s show will appear on TuneIn beginning at 9 a.m. ET the following day for 24 hours. The Young Turks joins NPR, The Economist Radio, CNN, CNBC, MSNBC and other major news channels who stream on TuneIn.

“We started on radio in 2002 before expanding to video in 2005. As on-demand audio increases in popularity, we saw the opportunity to work with the leader in live radio and podcast streaming,” said TYT Network Chief Business Officer Steve Oh. “We look forward to growing the audio and podcast version of The Young Turks through our partnership with TuneIn.”

The show, which has generated record ratings during the Presidential Election season, is also available in video form on YouTube, Facebook, Hulu, PlutoTV, Watchable, Amazon and AOL. The Young Turks is No. 1 among comScore’s News & Politics rankings for viewers aged 13-24, No. 2 in overall viewers according to comScore and generates 86 million unique views per month across all platforms.

TuneIn, with more than 60M users, has become the most popular way to stream audio from around the world and boasts over 100K real radio stations and over 5.7 million on-demand programs spanning sports, news, music and talk. TuneIn’s free and premium services are available at TuneIn.com and mobile apps for iOS and Android as well as Amazon Echo and a number of connected car platforms.

“We’re excited to add The Young Turks to our growing talk premium content platform,” said Kevin Straley, TuneIn Chief Content Officer. “TYT has a history of bringing their unique and independent take on politics to emerging audiences and we are fortunate to have them join TuneIn during this critical 2016 election season.”

For more information, please visit www.TYTNetwork.com. To listen to The Young Turks on TuneIn, download the TuneIn app in iTunes or Google Play, or visit http://www.TuneIn.com/radio/The–Young–Turks-247

ABOUT ‘THE YOUNG TURKS‘ AND TYT NETWORK

TYT Network is the largest online news network in the world, covering politics, pop culture and lifestyle. One of YouTube’s top partner channels, TYT Network receives over 187 million views a month across platforms and more than 4 billion total views on The Young Turks YouTube channel.

In 2015, The Young Turks was named to Variety’s Famechangers List (No. 7) and The Hollywood Reporter’s Next Gen List (No. 1 in the News category). Host Cenk Uygur was named one of the 25 Most Influential People in Political News, according to Mediaite. Co-Host Ana Kasparian was named to the Forbes 30 Under 30 Media List and The Daily Dot’s 20 Women of YouTube list. The Young Turks has also won People’s Voice Webby Awards, Shorty Awards, Podcast Awards and Mashable Awards.

The Young Turks is the flagship show of the TYT Network, which includes What the Flick?!, ThinkTank, TYT Sports, TYT Interviews, TYT Politics, Pop Trigger, Nerd Alert, and The Jimmy Dore Show.

TuneIn is the most popular way to listen to streaming audio from around the world. With more than 60 million monthly active users, TuneIn lets people listen to the world’s sports, news, talk, and music from wherever they are. TuneIn has over 100,000 radio stations and more than 5.7 million on-demand programs stemming from every continent, and is available for free across many connected devices. TuneIn Premium lets subscribers listen to theNFL, MLB, NBA, over 60k audiobooks, and commercial-free music stations. TuneIn has venture funding from Comcast Ventures, IVP, Sequoia Capital, Google Ventures, General Catalyst Partners, and Icon Ventures, and is headquartered in San Francisco, California.