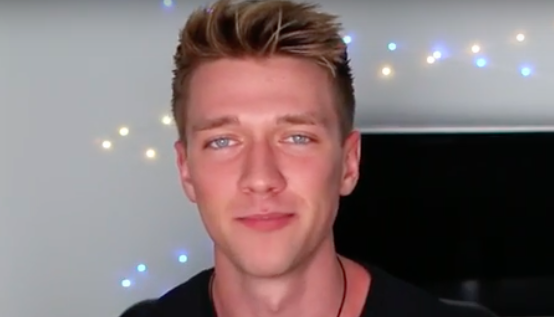 The YouTuber, who rose to fame on America's Got Talent, has turned to the live-streaming platform for a new way to connect with fans.

Young magician and YouTube star Collins Key is taking his brand of magic live with regular broadcasts on Live.me, a social platform for creating and viewing live videos. His broadcast will air in the same time slot on the platform on Sundays for the next two months and will include things like his signature magic tricks (like taking a dollar bill and making it appear inside a bag of popcorn, or teleporting a page inside a book), challenges and other hijinks, like prank calls.

After gaining recognition as a contestant on NBC’s America’s Got Talent season eight (the 17-year-old was the very first magician to make it to the show’s final round), Collins, who is from Los Angeles, did what many young, aspiring, media-savvy performers do these days — he took his act to social media. Since appearing on the linear show, he’s amassed a substantial following of fans on social media. His YouTube channel, for example, reaches over 1.2 million subscribers. He also has a presence on Vine, Instagram, Snapchat, Twitter and Facebook.

The move to Live.me is intended to not only provide another dimension to the social media star’s magic schtick, but also a new way for him to interact with his fans.

“I’m always looking for new ways to connect with my fans, and Live.me allows me to do that in a very intimate way,” Key told StreamDaily. “There are no cuts or edits. It’s very raw and authentic.”

Fans will be able to interact with Key on Live.me through live comments, as well as by purchasing digital gifts such as diamonds, flowers, teddy bears, which they can give to their favorite broadcasters. As viewers give gifts, they climb the rankings to become top fans for each broadcaster.

“The great thing about Live.me, and one of the reasons I love the platform so much, is fans can directly support the broadcasters they care most about,” said Key.

While Live.me broadcasters aren’t likely to get rich off of such digital alms, if the success of Pokemon Go has taught us anything, it’s that young people are certainly not opposed to spending real money on virtual items.  As reported recently by MobileInsider, players have, to date, spent more than $250 million on virtual items that help them advance in the game.