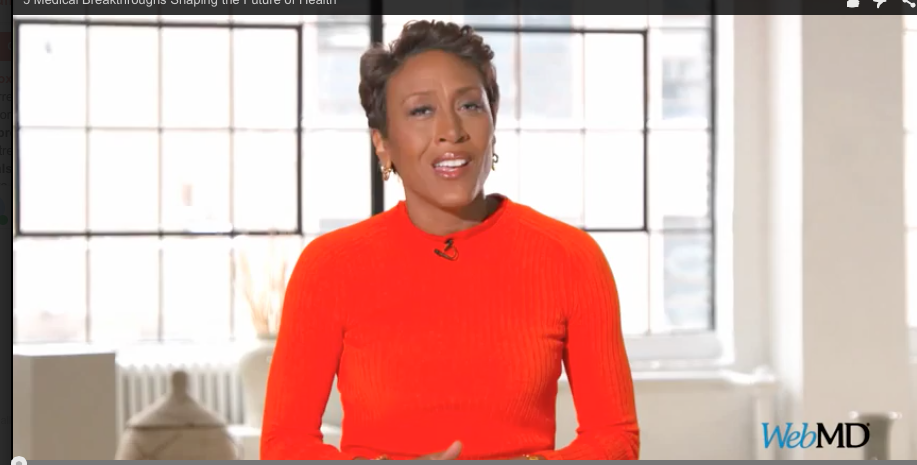 Developed by Roberts’ independent production company, Rock’n Robin Productions, and WebMD, and hosted by Roberts (of Good Morning America fame), Path to Breakthrough, a five-part series which launched in August, uses remarkable stories of recovery to delve into the workings of modern medical marvels like precision medicine, immunotherapy and biologics. The show shares the story of Cara, for instance, a four-year-old girl who lost her ability to walk, but then regained it thanks to clues hidden in her genetic makeup.

Path to Breakthrough is the second collaboration between Roberts and WebMD, the first being 2015’s Future of Health with Robin Roberts, an original digital series dedicated to health and wellness-related topics. Roberts and WebMD will also be extending their partnership outside of the digital realm, having recently announced plans to collaborate on a new series of health and wellness reports for broadcast TV. (The names of potential linear partners have not yet been revealed).

Roberts has long had a public profile in the U.S. as the host of Good Morning America. She’s also been candid about her fight with breast cancer and a life-threatening bone marrow disorder in recent years. She took a leave of absence from GMA  in 2012 to seek treatment for the illness, but returned to the air the following year.