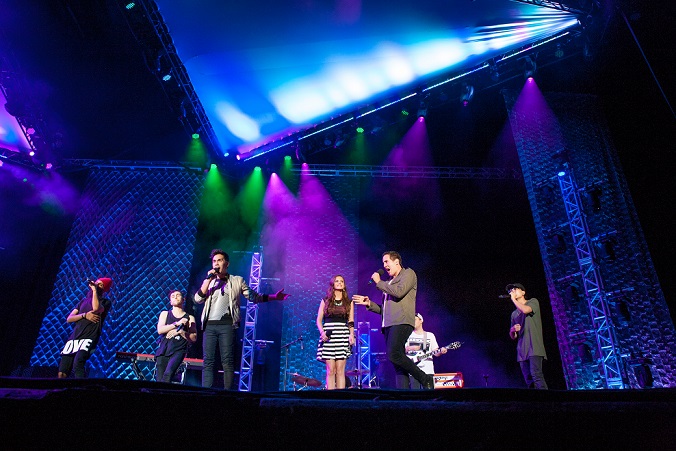 Nature aside, the event marked a challenging strategic decision for the Google-owned company around its pricing strategy for the Toronto FanFest.

TORONTO — Despite a stormy Saturday evening (Aug. 13), Canadian fans filled the covered area seats at the Molson Canadian Amphitheatre to get up close to their favorite YouTube personalities, including Superwoman herself, Lilly Singh.

But the half-enclosed outdoor venue space could not accommodate the 16,000 fans YouTube organizers hoped would grow the size of the event; high winds and fear that lightening would strike led to the event’s 7,000-capacity lawn bowl being closed off.

Although YouTube has not released a number, a spokesperson for the company said they were accommodating those with lawn tickets into the covered area so no fans were turned away.

Nature aside, the event also marked a challenging strategic decision for the Google-owned company around its pricing strategy for the Toronto FanFest, as it chased the potential of the live experiential space.

YouTube was looking to turn its FanFest into a paid-admission event, initially announcing a $25 price point for each ticket, and following in the established footprint of competitors like VidCon in Anaheim, which charge fans for admission. Last year 15,000 people lined up to witness their YouTube celeb favorites live in action in Toronto. This year’s crowd numbers are unclear.

In July, when the company announced that it was backing off on its earlier decision to charge people for the event, Fabricio Dolan, marketing director for YouTube Canada attributed the move to less to a strategic shift, citing a new sponsorship from Toyota Canada instead.

Saturday’s show, which was hosted by former MuchMusic host and current Kin Community YouTuber personality Lauren Toyota, brought together a host of its most successful Canadians stars.

Besides the headliner Singh, who performed Voices, her new single, which debuted on her YouTube channel on Aug. 8 and has accumulated over 3.5 million views since, other Canadian stars in attendance were Mike Tompkins, Daniela Andrade, AsapSCIENCE  and Humble the Poet.

The event also included a special tribute to Canadian band The Tragically Hip, with creator Kurt Hugo Schneider leading a collective of stars as they sang the band’s hit, Ahead by a Century.

The collective reach of all the performers at the event was north of 52 million people, with close-to 8 billion views, according to YouTube.