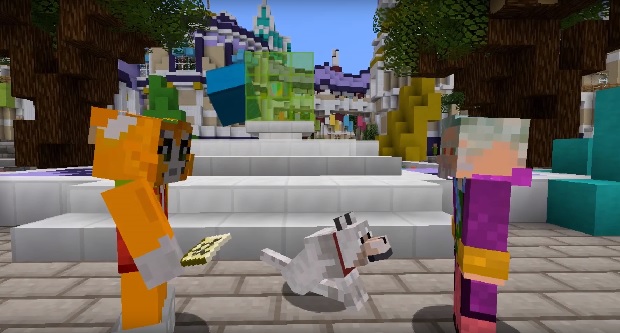 Season two of the popular Minecraft-inspired series from Disney's Maker Studios is set to drop Aug. 20, with new episodes rolling out weekly.

Joseph Garrett, the popular gamer known to his 7.8 million YouTube subscribers as Stampy Cat, is returning to YouTube with a fresh season of his Minecraft-inspired scripted series, Wonder Quest.

Season two, created in collaboration with Disney’s Maker Studios, is set to drop Aug. 20, with new episodes rolling out every Saturday through to November. In all, the season will bring 12 new episodes. It’s viewable on the Wonder Quest YouTube channel and YouTube Kids. The companion series I Wonder is also available on the main YouTube channel.

Additional Wonder Quest content, including 360-degree video, is also planned for release later this year, according to Maker.

Season one, featuring guest stars Shay Carl, CaptainSparklez and EvanTubeHD, premiered in 2015 and its YouTube channel has since build up a reach of 435,000 subscribers and more than 64 million views.

In season two, Stampy Cat and his gaming friend Wizard Keen will again work together to save their town of Wonderberg, this time from Rama, an evil inventor who uses time travel to stop wonderers from wondering. Stampy and his crew go back in time to help some of the most important figures in history, including the ancient Egyptians, Isaac Newton, Benjamin Franklin and Thomas Edison. Stampy’s foils, Flunky and Lackey, also return for season two, where fans will find them enrolled in henchman school to brush up on their villain skills. This season’s guest stars include the likes of Aphmau, TheDiamondMinecart, Sqaishey, LDShadowLady, Shay Carl, Hank Green, Rhett and Link, NettyPlays and MiniMuka.

Check out the trailer below for a look at the new season: