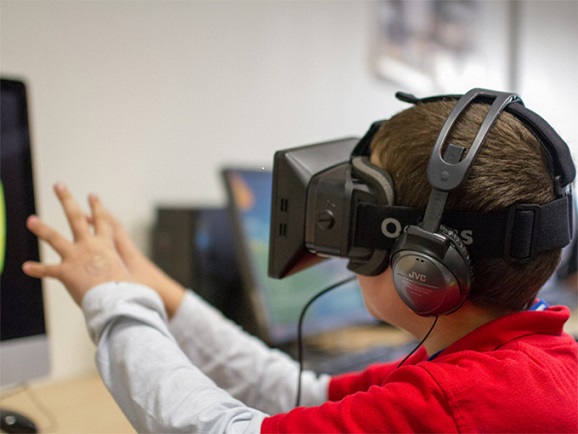 Virtual reality content creators are invited to submit their 360-stories for review, in a bid by the company to create a curated hot spot of cinematic VR.

The VR company, which creates hardware, software and apps for the 360 tech, is inviting creators to submit their content directly to the VR app. The content itself will be reviewed by an internal review board, before being pushed out the app.

Creators will also have access to a number of production software tools and Jaunt’s cloud services, where they’ll be able to edit and stitch together their films, said Miles Perkins, VP marketing and communication, Jaunt.

This is all part of Jaunt’s broader plan to succeed in the VR space: Perkins told StreamDaily the goal was to bring cinematic VR experiences to the masses, however it recognized that by itself, Jaunt couldn’t create enough content to fulfill demand (if you’re going to spend money on a headset, you’re probably going to demand a fair bit of content).

As such, the goal has been to create an ecosystem for content creators to complement the Jaunt content, he says. But, unlike other platforms such as Hulu and Spotify, there was no existing infrastructure to support that goal.

The first step was to launch a professional-grade 360 camera that could be rented out by cinematographers, he says. Now, the publishing platform will allow the brand to reap the benefits of that reward.

The biggest appeal, according to Perkins, is Jaunt’s hardware=agnostic approach: the content can be played on any device (including Samsung Gear, Oculus and Google Cardboard), which has been a challenge for many VR creators (as each platform works slightly differently and requires different coding).

Right now, the process of creating content for multiple different platforms, as well as negotiating with each takes an enormous amount of time, he said. “It’s all sweat equity.”

The curated app is also designed to draw audience members in so “viewers know the content deserves to be featured among the best cinematic VR experiences,” according to the a release. Content will be judged based on visual quality (looking for premium content without visible stitching, that doesn’t cause nausea and is created natively for VR), as well as adult content (between PG-13 and  R ratings, without gratuitously violent or gory content) in English. While branded content is being accepted at this time, “long storytelling comes first,” according to the guidelines online. “We don’t accept overt commercials or explicit promotions for products or services.”

So far, 16 films have been selected for the publishing platform, including the Quba Michalski-directed The Pull.