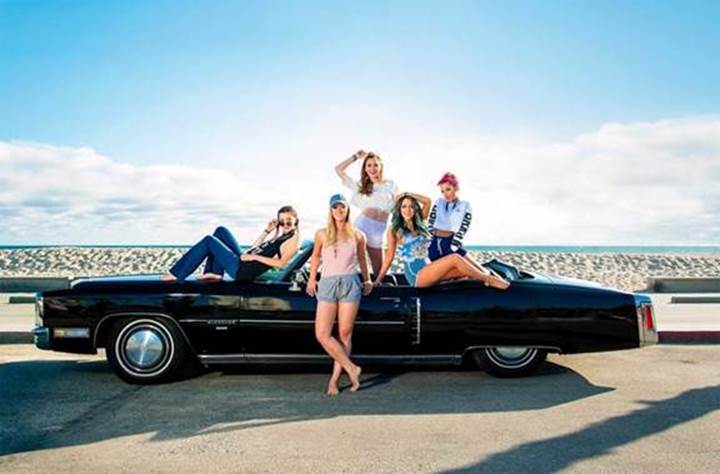 Fullscreen preps for another Night In

The second instalment of the Girls Night In tour features an all new cast of influencers and sponsorships from Live.me and JCPenney.

Fullscreen Live’s Girls Night In is hitting the road again for a second summer outing following the success of its 2015 tour.

Fullscreen Live, the touring division of Fullscreen Media, has unveiled an all-knew cast of fashion and lifestyle influencers and performers for the tour’s second leg. This year’s tour will showcase an entirely different cast from last year’s, including Niki & Gabi, Alisha Marie, Jessie Paege and Alyson Stoner, who boast a combined fanbase of over 20 million followers.

This latest leg of the Girls Night In Tour tour is being sponsored by live video broadcasting app Live.me and JCPenney. Live.me will set up a live-stream during the shows to capture both the onstage and backstage action, so that fans at home can join them in some behind-the-scenes hijinks.

As for JCPenney’s part, the retail brand will be featured in the live program by way of styling sessions with audience members. Retail locations in Phoenix, Denver and Seattle will also host three Q&A sessions with cast members. During the last stop on the tour, the cast will put their social media savvy to work by taking over the JCPenney Snapchat account to give followers exclusive behind-the-scenes access to the tour.

“Our mission at Fullscreen Live is to create once-in-a-lifetime in-person memories and connect our powerful brand partners to those memories and experiences through our amazing talent lineups and our engaged and passionate audiences,” said Vito Iaia, head of Fullscreen Live in a statement. “This partnership with JCPenney and Live.me is just one more proof point of the power of those personal connections, and takes the Girls Night In franchise to the next level.”

The second leg of the Girls Night In tour will kickoff on Aug. 11 in Phoenix and hit a total of 24 cities in the U.S. along the way, coming to a conclusion in New York City on Sept. 18. The 2015 tour visited 20 cities across the U.S. and constituted the first time an all-female ensemble had ever performed on a nationwide digital tour.