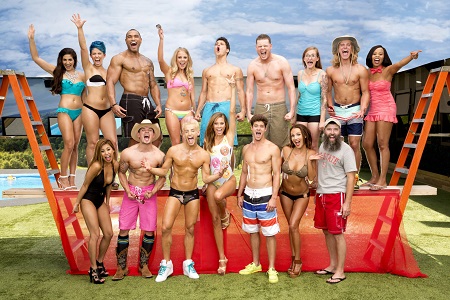 CBS All Access to debut digital edition of Big Brother

The behind-the-scenes live streams of the summer reality staple have been an online hit for years. Now the full package is coming to SVOD.

CBS Interactive will launch a digital version of Big Brother on SVOD and live streaming service CBS All Access.

The extension of the reality series — a summer TV staple in the U.S. — will premiere this fall after season 18 of the linear TV version wraps on Sept. 21.

The format is being developed for digital audiences, with Allison Grodner and Rich Meehan of Fly on the Wall Entertainment producing in association with Endemol Shine North America. Big Brother host Julie Chen will also be part of the production.

“Big Brother is an incredible success on the CBS Television Network and has always been ahead of its time when it comes to fan engagement,” said CBS Interactive president and COO Marc Debevoise, in a statement.

“Already, the Big Brother live feeds are some of the most popular content on CBS All Access, and with this new digital edition we will explore ways to re-imagine this format for multi-platform audiences.”

The digital edition of Big Brother is the third original series announced for CBS All Access after Star Trek: Discovery and The Good Wife.

Season 18 of Big Brother will continue to stream on Wednesdays, Sundays and Thursdays on CBS and CBS All Access.