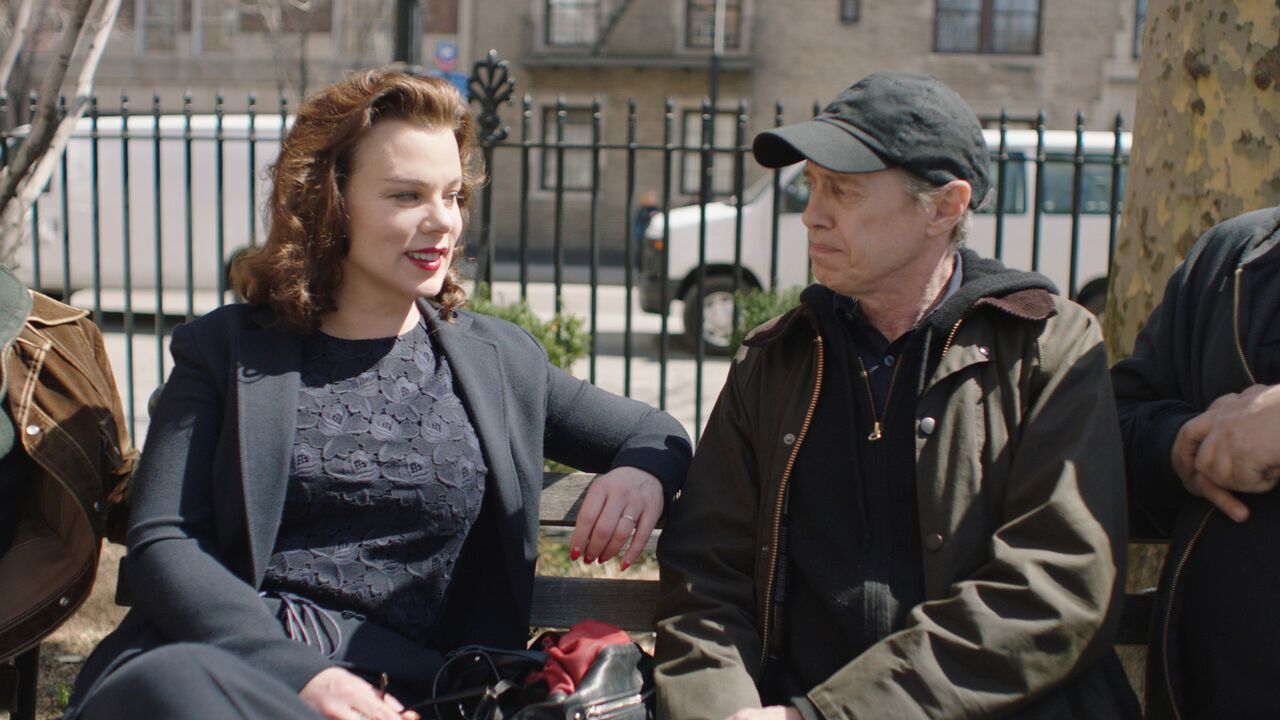 Emmys: An honor just to be nominated (yes, really)

Digital heavyweights weigh in on this year's record Emmy noms and what it means to compete shoulder-to-shoulder with big-budget TV.

When it comes to the big industry awards, finalists who make the cut will tell you – some of them with a straight face – that it’s an honor just to be nominated.

It’s no different with the digital brands whose programming this year made the shortlist for the Primetime Emmy Awards.

Take, for example, the reaction by Nate Hayden, VP, studios and original content with AOL, which landed two nominations for its short-form digital series Park Bench with Steve Buscemi and Making a Scene with James Franco.

“We’re in with great competition, and these were projects that we’re super passionate about making, so would a win be nice? Of course,” Hayden told StreamDaily.

But, then, here it comes: “I really do feel the nomination from an organization like the Emmys is just a fantastic acknowledgement,” he said.

Normally, that kind of modesty in an industry known more for its excess might ring hollow.

But Hayden isn’t kidding. Nor are any of the other execs Stream spoke with in the lead-up to the Emmys, including Gabriel Lewis, head of development and studios with Maker Studios and Andy Signore, SVP, content/creator and head of creative with the popular Defy Media brand ScreenJunkies.

Because, let’s face it, for anyone working in digital, this year, of all years, it really is an honor just to be nominated.

After years of passing over non-traditional projects in favor of higher-budget television productions, the Emmys changed course in July by naming a record number of digital brands to its list of nominees.

Sure, the big guys, aka Netflix and Amazon, still earned the most attention with a whopping 54 and 16 nominations, respectively.

But, notably, YouTube projects — the best of which reach loyal viewers in the millions with every new episode — also made the cut, including Defy’s Honest Trailers and Maker’s Epic Rap Battles of History in a brand new short-form variety category.

In addition, Crackle’s Comedians in Cars Getting Coffee picked up a nomination for Outstanding Variety Talk Series, Vimeo scored its first nomination for its Garfunkel and Oates music special and the web series Her Story from Speed of Joy Productions picked up a nom in the short-form drama category.

AOL’s two nominations both come in the short-form variety series category (Buscemi’s a co-pro with Olive Productions and RadicalMedia and Franco’s with Trium Entertainment).

The industry love for digital projects was so widespread this year, it seems impossible to see the shift as anything other than a sign that traditional players are waking up to what millennials have known almost since birth: Who cares about the platform when the content is so good?

“I always name-check my niece. She is completely of the generation that sees no difference between the mobile screen and the TV screen, and we are starting to see that creep into an older generation,” said Hayden. “We’re seeing (HBO’s) Games of Thrones on the same nominations’ list as Epic Rap Battles…this is great content coming from a number of different places.”

To Signore, the move by the Emmys to formally make way for so many non-traditional projects points to a powerful future for digital as the new “television.”

“The delivery of content is changing and I think it’s smart for the Emmys to go there,” said Signore, executive producer of the Honest Trailers comedy series.

“If it’s re-occurring, ongoing programming, that, to me, is television – whether you are watching it on your laptop, or television set or (smartphone). So I think it is very encouraging and smart and good they are moving in that direction,” he said.

No doubt, the size of the fanbase behind the digital hits is a serious driving force in the Emmy’s pivot.

“I don’t know if I would have thought a few years ago when we did Honest Trailers as a silly sort of show that we would not only get an Emmy nomination, but (also) have Ryan Reynolds show up and be on it. I guess it’s only downhill from here,” he joked.

Maker’s Epic Rap Battles (ERB to some), meanwhile, has a fanbase of 13 million subscribers on YouTube.

In fact, said Lewis in an email, “I’d posit that a lot of them (viewers) love ERB as much as, if not more than, traditional linear programming.”

Lewis credits the series’ strong engagement elements for deepening audience reach, beyond the capacity of most linear shows.

“Besides (Epic Rap Battles) being consistently surprising, funny, and smart, it was one of the first YouTube channels to engage directly with the audience to ask their opinion on the content. The, Who won? Who’s next? at the end of every episode opened up a dialogue for the viewers to submit suggestions – often resulting in conversations among the audience that took on a life of their own – and to give feedback directly to the creators,” he said in an email. “The audience feels like a part of the show because they directly influence the show itself.”

It’s worth noting that Lewis, for one, doesn’t see the digital/linear divide as an either/or proposition.

Rather, he sees a place for both digital and linear content as “an important part of people’s lives.”

“Digital first content is often platform and audience-specific, and to look at it through the same lens as traditional content for linear platforms is missing the point,” he said.

“In thinking about content holistically, Epic Rap Battles of History and Game of Thrones exist in the same ecosystem and both fulfill very specific needs for the audiences who feel an affinity for those programs. While this may still be a new notion for some to accept, it certainly hasn’t been a difficult notion for audiences to accept.”

But Hayden can’t help seeing the recent Emmy noms as a victory for digital producers in what’s been a long battle to prove their content is as good — and maybe even better than — traditional.

These days, he said, “we program based on the fact that there is zero expectation of lower (production) quality. That’s why when we work with the Jared Letos and Steve Buscemis and James Francos, it’s just great storytelling and that’s what works. Top talent works with whatever the medium is.”