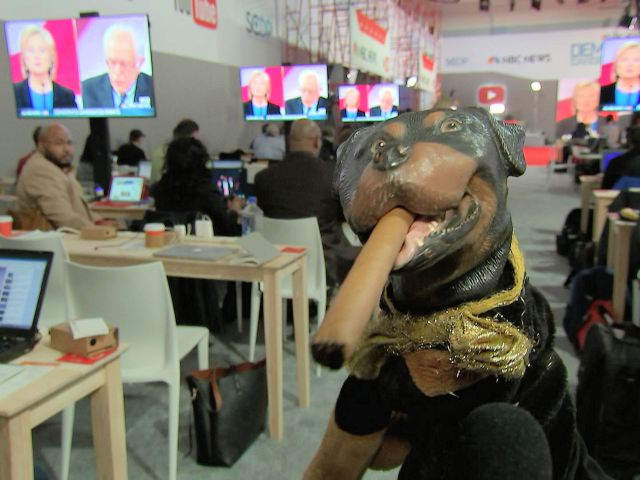 Triumph the Insult Comic Dog will return to the SVOD for a second comedy special following the popularity of his last online effort.

In the nail-biting U.S. presidential election race, there is a wellspring of opportunity for digital media cos fueled by viewer demand for political content, both serious and not-so-serious.

Hulu is no exception. The SVOD is now set to debut its second election special, a follow-up to its Emmy-nominated Triumph’s Election Special 2016.

Triumph’s Summer Election Special 2016 will once again feature Triumph the Insult Comic Dog, the foul-mouthed canine puppet who first rose to popularity in the late 1990s as a character on Late Night With Conan O’Brien. While the cigar-smoking pooch (voiced by comedian Robert Smigel) has not been as prolific on television as he was in that era, he has been featured in segments during the last three presidential elections on O’Brien’s linear talk show.

The new special will go live on the SVOD Aug. 11, and will feature Triumph’s conversations with delegates, protesters and major players in both the Democrat and Republican political camps.