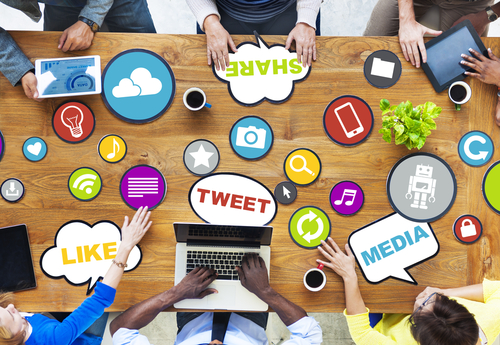 The poll by BuzzMyVideos shows young digital viewers see influencer marketing as the most accepted form of advertising, followed by banner ads.

With the explosive rise of Facebook this year as a go-to digital video destination, and the steady social climb of the likes of Snapchat and YouNow among young viewers, YouTube is feeling the pressure to maintain its dominance among audiences and advertisers in the digital ecosystem.

So, it’s good news then that millennial viewers – long YouTube’s core user demo – are still heavily invested in and influenced by both the content and the marketing they see on the Google-owned platform.

In fact, a new study by U.K.-based MCN BuzzMyVideos shows viewer trust in YouTube is at an all-time high. When it comes to the advertising world, over a third of respondents (36%) said they would trust a YouTube review of a product over any other media, according to the survey.

By comparison, 31% of participants place their trust in a magazine review, while 18% of millennials are inclined to trust reviews they see on the television.

Survey results are based on the opinions of 500 18-to-35 year-olds in BuzzMyVideos home market, the U.K., and was conducted in July by OnePoll.

It found that 85% of U.K. millennials are more likely to buy a product that has an online video review from a trusted source, while over half (57%) said they enjoyed watching a full video to show them about products before committing to buy.

With global advertising expenditure set to hit $579 billion this year, and digital ads expected to take a big chunk of those dollars, (according to ZenithOptimedia projections), the survey is intended to give brands a barometer of the state of the online digital video world.

Internet advertising accounted for 29.9% of global ad expenditure in 2015, and is projected to reach 38.4% of all global advertising by 2018. Online video and social media are the mediums pushing the growth with 20% and 24% predicted year on average growth between 2015-2018, according to the ZenithOptimedia report.

Marinone said most European and U.K. brands are “definitely aware” of the influence of online video in reaching large audiences of young consumers, and placing their dollars in video accordingly. But, with the rise of ad blockers and a trend in the U.S. towards integrated content, the nuances of the market are critical to track.

The latest survey, for example, shows millennials spend considerably more time watching videos every week than they did just two years ago – 31% now watch between six and 20 hours of online video weekly, with over half watching more than six hours per week. Men watched on average more online video than women (seven hours compared to five hours per week), with gaming and how-to videos garnering the most watch-time spent.

“That is the biggest trend, and a little bit expected, to be honest, but it’s nice to see anyway,” said Marinone of the watch-time results.

Half of those surveyed said a YouTuber using (28.2%) or reviewing (21.8%) a sponsored product was the most accepted form of advertising, followed by traditional banner ads (32%).

Most people (86%) said they would like to be able to click straight through to a product seen on a video that they are interested in, or they had no strong views for or against it.

In terms of subjects watched, 26% of those surveyed prefer music videos, closely followed by comedy 21% and then beauty 13% with those watching beauty and tech videos expressing huge enjoyment in watching promotional videos on their topic (63% and 53% respectively).