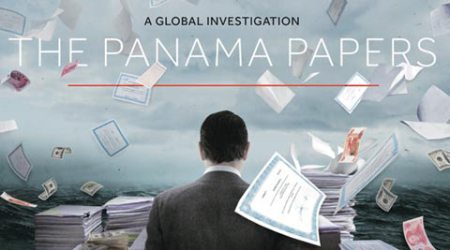 The SVOD has acquired the exclusive rights to the story of political and financial scandal, and partnered with John Wells Productions to bring it to life.

One of the biggest news stories of 2016 (so far) is about to be turned into an original Netflix film.

The financial and political scandal surrounding the revelations of The Panama Papers will be captured in a film by John Wells Productions (Burnt, August Osage County, Love and Mercy). The film is the official adaptation of German investigative journalists Frederick Obermaier and Bastian Obermayer’s book Panama Papers: Breaking the Story of How the World’s Rich and Powerful Hide Their Money. Gerard Ryle and Marina Walker, key members of the International Consortium of Investigative Journalists (ICIJ), made up of more than 400 journalists in 76 countries who each contributed to the investigation, are also collaborating on the project.

Netflix has acquired the exclusive rights to the book, which tells the story of how an anonymous source known as John Doe cracked opened the secrets that revealed how wealthy people around the world hid billions of dollars offshore through a little-known law firm in Panama.

Few details have yet been released on the film — including whether it will be a scripted or documentary format. But, undoubtedly, the story itself is one of the biggest in recent media history, resulting in the resignation of Icelandic Prime Minister Sigmundur Davíð Gunnlaugsson and ensnaring the likes of soccer superstar Lionel Messi in a wide net that spanned the globe.

“We are confident that between the expert investigative work of Obermaier and Obermayer, the only journalists in touch directly with John Doe, the ICIJ, and the master storytelling of John Wells Productions, we will be able to deliver a gripping tale that will deliver the same type of impact as the The Panama Papers when they were first revealed on the world’s front pages,” said Ted Sarandos, chief content officer of Netflix, in a statement.