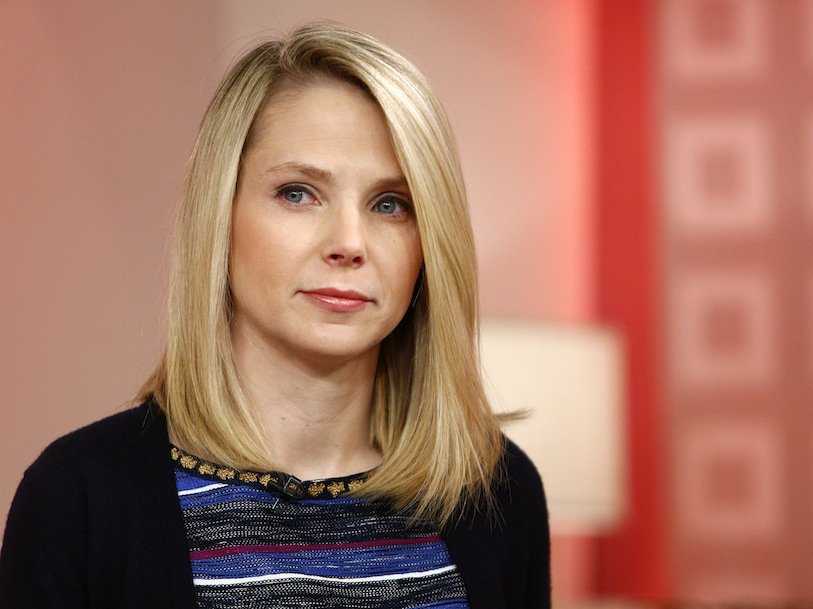 Digital media analyst Laura Martin weighs on the future of Yahoo, noting it's time to focus on mobile and take a different approach to monetization.

After months of rumors and “will they or won’t they” speculation, Verizon’s acquisition of Yahoo is finally a done deal.

The $4.83 billion sale (just a little more than what Verizon paid for AOL last year) was made public July 25, six months after Yahoo CEO Marissa Mayer (pictured) first revealed her company’s financial troubles and announced that it would be exploring “strategic alternatives.”

Now the question on everyone’s mind is: What’s next for the once-mighty internet giant?

Laura Martin, managing director and senior analyst with Needham & Co., told StreamDaily that despite Yahoo’s tumble in popularity as a digital destination in recent years, it’s still got plenty of game — particularly as a means for its ambitious new parent co to vastly grow its digital advertising reach.

“I think that the key strategy here (for Verizon) is to make up the third-largest company after Google and Facebook that aggregates digital advertising,” said Martin.

Martin also sees big gains to Verizon by scooping up Yahoo’s extensive user base across platforms.

Yahoo boasts one billion monthly active users, with more than 600 million of those users are on mobile, according to data provided by Yahoo. Verizon, meanwhile, has a reach of 100 million wireless customers, and stated in a media release announcing the acquisition its goal to grow its global audience to two billion users and $20 billion in revenue within the mobile-media business by 2020.

Martin noted Yahoo has plenty of mobile potential to tap, having grown its “Mavens” (mobile, video, native and social content) business from “basically zero” to $1.6 billion in revenue in 2015.

“From a consumer-facing point of view, I think Yahoo has some great brands. Their sports are huge, their home page is huge… I think, post-acquisition, you’re going to see the exact same content, monetized differently,” said Martin.

The acquisition now has Yahoo under the same parent company as former Web 1.0 rival AOL, which owns one of Yahoo News’s biggest direct competitors, The Huffington Post.

But the two brands aren’t likely to clash, said Martin. In fact, they’ll probably be a big help to one another.

“Content portfolios tend to be synergistic, not competitive. They compliment one another. The Huffington Post tends to be more political, so it’s doing particularly well this year, while the Yahoo home page tends to do well in entertainment and lifestyle,” she said.

Verizon execs were keeping mum on what’s to come while the ink still dries on the deal.

However, Tim Armstrong, CEO of AOL, said in a statement that Yahoo’s long-time investment in premium content and creation of popular consumer brands in key categories like sports, news and finance was a big factor in the deal.

Martin said those consumer brands could serve to serve to strengthen each another. For example, she said, “You could have a Huffington Post article about the election and, on it, you could cross-promote an article about the Kardashians from the Yahoo home-page,” with algorithms used to track viewer habits from both sites.

“An algorithm can see that you’ve come to the page four times and you haven’t clicked on a link about a story about the Kardashians, so it knows to stop running that link,” said Martin. “But if you’re reading a story on HuffPo and you click on an ad about real estate in San Francisco, it’s going to know to target ads about either real estate, San Francisco, related topics.”

In Yahoo’s current state, ad units are bought by ad clients for a single vertical (one ad in the sports section that would not apply to the homepage). But Martin foresees a future where advertisers have a wide breadth of verticals and websites to advertise on.

“What they’re trying to do is create this very large advertising juggernaut across multiple digital platforms,” she said.

Yahoo first came of age in the 1990s, building an internet empire with its news, chat and search business.

But, in recent years, Yahoo’s weaknesses have become increasingly transparent, as other digital brands have grown stronger in the wake of social-media and digital-video dominance. In the past year, the company folded its VOD service, Yahoo Screen, failed in its attempt to spin off its stake in Jack Ma’s Alibaba empire and announced a 15% cut to its global workforce.

A rep from Verizon declined to comment on any future goals or plans, stating that the transaction will not be finalized until Q1 2017.