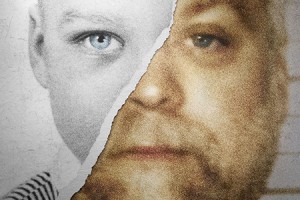 Laura Ricciardi and Moira Demos are in production on a follow-up to the breakout doc hit that revisits the cases of Steven Avery and Brendan Dassey.

Directors Laura Ricciardi and Moira Demos are in production on new episodes of the true-crime series that will revisit the case of convicted murderer Steven Avery and his co-defendant Brendan Dassey as they challenge their convictions with new legal teams.

According to the SVOD service, “this next chapter will provide an in-depth look at the high-stakes post-conviction process, as well as the emotional toll the process takes on all involved.”

The episodes will feature Avery’s new lawyer Kathleen Zellner and Dassey’s legal team, led by Laura Nirider and Steve Drizin, as well as the families and characters close to the case.

“We are extremely grateful for the tremendous response to, and support of, the series,” Ricciardi and Demos said in a statement. “The viewers’ interest and attention has ensured that the story is not over, and we are fully committed to continuing to document events as they unfold.”

Netflix has not confirmed the number of episodes that are in the works or a premiere date.

The original 10-episode season of Making A Murderer premiered on Netflix last December. The show followed the arrest and trial of Wisconsin man Avery, who was convicted of murdering photographer Teresa Halbach in 2007 and sentenced to life in prison without parole.

On July 18, Netflix revealed in its Q2 earnings report that new subscribers and total profits fell below projections. The platform added 1.7 million subscribers globally, finishing with more than 83 million members worldwide. The company had previously forecast an addition of 2.5 million new members.