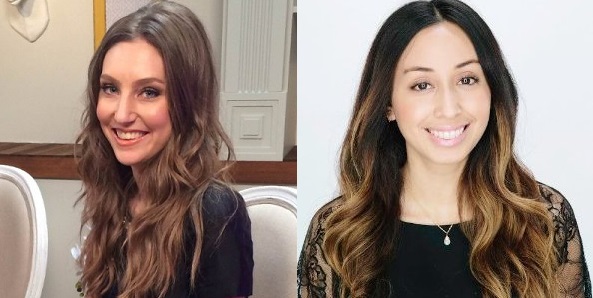 The female-focused digital publisher is the latest to get involved in coverage of the presidential race via a collab with ABC-owned television stations.

The upcoming U.S. elections are proving rich grounds for experimentation by digital platforms looking to grow their audience reach and influence.

Digi lifestyle publisher and MCN Popsugar is the latest to confirm its involvement in political coverage of the presidential race via a collaboration with ABC-owned television stations.

The partnership will see Annie Gabillet and Lisette Mejia, Popsugar’s editorial managing director and news editor, pictured right and left, respectively, embedded with ABC personnel at both the Republican and Democratic conventions in Cleveland and Philadelphia.

The two journalists will report on the issues, candidates and political influencers deemed relevant to young women, Popsugar’s primary demographic. The original content, along with curated reports from ABC, will be shared on Popsugar’s main site, as well as its social channels.

They will also provide their insights to ABC, which will share selected Popsugar reporting across its broadcast, online and social channels.

The collaboration is aimed at lifting the reach of both media brands among women voters. According to Popsugar, it’s content (across its free and subscription-based lifestyle channels, as well as its digital shopping platform, ShopStyle) attracts more than 100 million visitors worldwide and 1.5 million monthly views.

ABC’s station group, meanwhile, reaches over 23% of all TV households in the U.S.

“Popsugar has developed a strong connection with our audience around the issues they care about most — and right now, the upcoming conventions are top of mind, as they know the outcome of this election will have a great impact on their lives,” said Lisa Sugar, Popsugar founder and president, in a statement. “Bringing together the outstanding news expertise and resources of the ABC Stations and our insight into and connection with the largest online audience of millennial women is the ideal way to help our audience stay informed.”