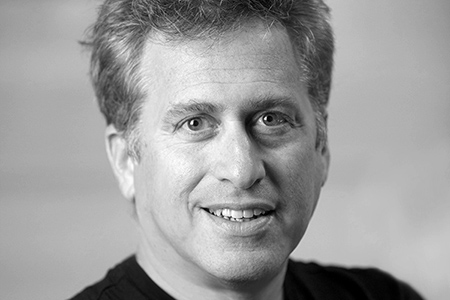 The prodco has taken its first steps into digital development - a complicated space where good storytelling is only half the battle, says Bruce David Klein.

Bruce David Klein, Atlas president and executive producer, told StreamDaily that the move into digital was daunting — because digital is about so much more than effective storytelling.

“In the linear world, you produce the show, you tell a good story, that’s 99% of the work. On the digital side,  the production and telling a great story might be 50% of the work, and the other 50% is the kind of back-of-the-office stuff related to analyzing metrics and social media, branded sponsorship and that kind of thing,” he said.

Despite the challenges, Klein (pictured) said there’s no alternative but to go where the audience is.

So far, Atlas — best known for travel docuseries Hotel Impossible and cooking show Playing With Fire — has hired on five new employees to lead the company into the digital space, including veteran producer and stand-up comedian Victor Varnado. Klein said the company is aiming to have a team of 12 dedicated digital employees in place by September.

The first digital project on the books is the multi-platform, pop-culture and trivia channel Curious Jack, which is slated to launch Aug. 15 and contain six short-form series (including 1001 Things You Need to Know, Jack on the Street, 7 Secrets with Myka Fox, and Best Proof). Vernado will serve as supervising digital producer for the channel.

Prior to his time at Atlas, Varnado has overseen linear and digital projects for Comedy Central, Nerdist, Legendary Entertainment, and Marvel Comics.

Klein said the company expected to eventually integrate branded content and a number of celebrities into its digital content — although he couldn’t specify which brands or talent. He hinted that there would be some “international superstars” working with the company, those who “are known, and have a social media presence with 10 million plus followers,” although they wouldn’t be exclusively digital-native talent.

Klein said the strategy of pairing with traditional or emerging digital influencers is mutually beneficial. It brings a significant audience to Atlas’s digital content, while allowing the influencers themselves to build their own digital portfolios.

“We’re in an interesting phase right now. Phase one of digital was all about the influencer, the teen with a webcam. But I feel now like some of the influencers might have stalled to get to that next stage of TV and movies. I feel like for them to succeed, they’re really gonna need expert producers,” he said.

“If we can pair with these influencers who have a following and pair them with seasoned storytellers, that allows us all to create the next really cool thing.”