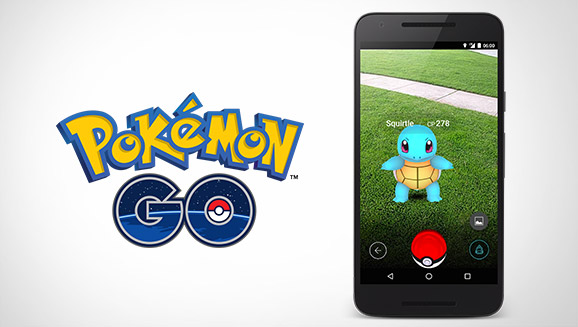 Is Pokemon Go a sign the age of AR has arrived?

The latest trends report from the Canada Media Fund breaks down the leading factors driving the digital entertainment industry in 2016.

With the explosive entrance of Pokemon Go to the U.S. market this week, it’s impossible to deny the arrival of augmented reality, and its much-hyped partner in digital disruption, virtual reality.

User experience is, of course, what’s largely driving the popularity of the Nintendo game (which, since its release on July 6 is already beating out the dating app Tinder in iOS and Android downloads). The game is played out in the real world, with gamers interacting in real-time with each other as they hunt, battle and trade virtual Pokemon via the app on their phones.

Its broad adoption by users comes about five years after the buzz around AR really started — back when we saw the rise (and fall) of Google Glass and digital outlets like Mashable offered up A Clockwork Orange-like explanations of what the technology was all about.

Today, the (augmented) reality of Pokemon Go is no longer questioned. Instead, it represents the kind of collision between content and technology that digital industry watchers live for. And, according to the mid-year Trends Report, released by the Canada Media Fund July 13, it’s no accident it’s finding its place precisely at this moment after years of expectation and anticipation.

How we perceive, respond to and connect with the content we consume, after all, has now become a leading factor in content creation and distribution, the report states. That’s especially true as creators/producers explore ways to grow their audience reach and content discoverability in a crowded content landscape.

With AR, and even moreso with VR, the report finds the road to mass adoption still has some bumps, but is well on its way to being paved courtesy of the $1.1 billion invested into the technology in Q1 2016, a one-year jump of more than 120%.

Content viewership on Facebook’s Oculus Gear headsets reached two million hours in the spring, while international content conferences and markets such as the recent Stream Market and Vidcon are devoting panels and segments to the platforms.

“The timing is right to experiment with the new technology,” the report states.

At the same time, its authors conclude, “mass adoption will take time, and the path is strewn with obstacles as well as enablers.”

Many of the challenges have already been well documented, including the current limits of technological know-how to craft hardware that makes full use of the VR/AR potential. High-end VR production remains relatively rare, “and there’s still no tool that intuitively helps create professional-quality content,” according to the report.

Content creators are still grappling with the uncertainties of market growth and monetization options and that, in turn, “basically means a waiting game since there’s no ‘killer app’ to wow people.”

On the plus side, VR manufacturers are making the production equipment used in developing VR apps more affordable and easier to get, while advancements in how smartphones can and, to some degree, are being used for VR/AR adoption is fast underway (again, see the Pokemon experience).

The report also names mobile VR as “a good training ground” for creators looking to master the basics of VR and 360-degree storytelling, leading to better, smoother productions in the future.

In addition, partnerships are springing up between tech manufacturers and media cos in an effort to stimulate content production. Some of those same manufacturers are investing in content directly themselves by setting up studios and VR-dedicated accelerator programs.

“They’re also setting up distribution platforms that will help consumers discover and buy VR content in a user-friendly way,” according to the report.

“Virtual reality is now definitely real,” the report concludes. But, despite clear expectations around this budding market, its popularity “will depend on a series of factors.” The report did not include statistics on consumer adoption of VR/AR; however, a recent study by Deloitte suggested the vast majority of commercial activity in 2016 to focus on video games, with sales of VR headsets expected to hit bout 2.5 million in the U.S., and 10 million game copies sold.

The paper, published six months after the initial CMF 2016 Trends Report, also highlights the growing importance of bots/artificial intelligence as a means to content discovery and access. The MindMeld bot, for instance, can understand and perform vocal commands from users to assist in relatively complex search functions such as “I want to see a movie about AI” or “Show me movies about aliens invading Earth.”

Other topics covered in the report include: