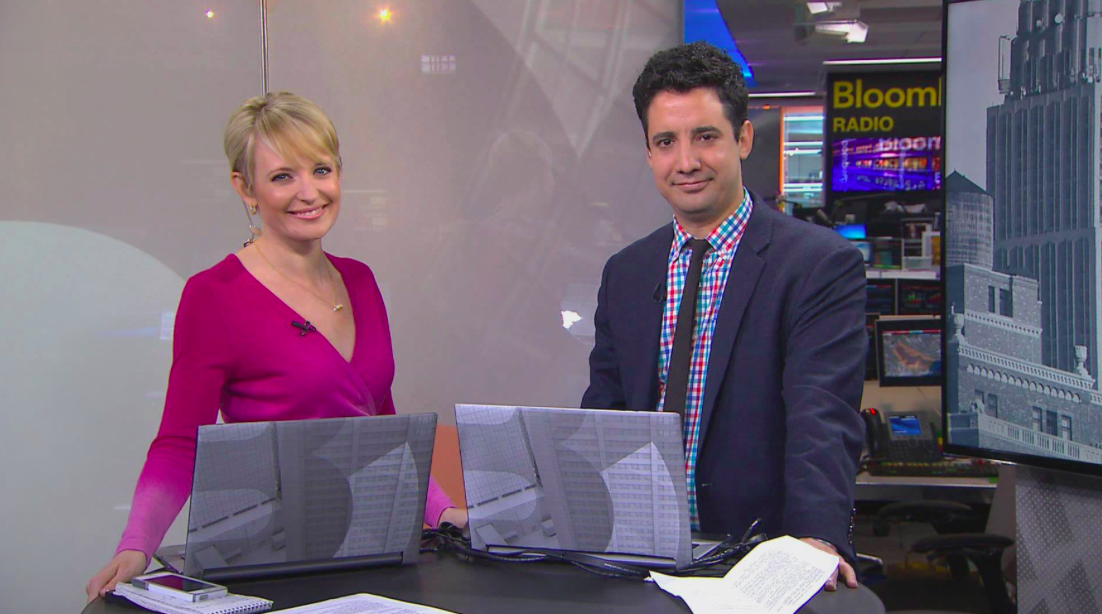 The financial media co will broadcast three of its series on the social-media platform as it continues to explore new distribution avenues.

Bloomberg and Twitter have partnered with plans to livestream three of the news sites shows on the social platform.

Tech program Bloomberg West, financial analysis series What’d You Miss (pictured) and political series With All Due Respect will all roll out coverage live on the social-media platform.

Media have reported that there are plans for advertising revenue sharing to be baked into the deal, though neither party has confirmed that information publicly yet.

This is the third such live streaming deal for Twitter in the past few weeks: the platform recently broadcast the Wimbledon tennis tournament live, as well as signed a deal with CBS to stream the upcoming conventions. Earlier this year, it also partered with the NFL to livestream a set of Thursday night games as a revenue sharing partnership.

“Twitter is one of the fast ways to find out what’s happening in global business and financial markets and to engage in the live commentary about it,” added Anthony Noto, Twitter chief financial officer. “Partnering with Bloomberg will give people on Twitter the best way to see live financial market performance.”

At this year’s Newfronts, Bloomberg emphasized the growing importance of digital video in reaching its audience. Today, Bloomberg’s online audience across platforms is 48.5 million, according to company statistics. Video streams have more than doubled year-over-year, surpassing 184 million, with monthly views of 20 million.