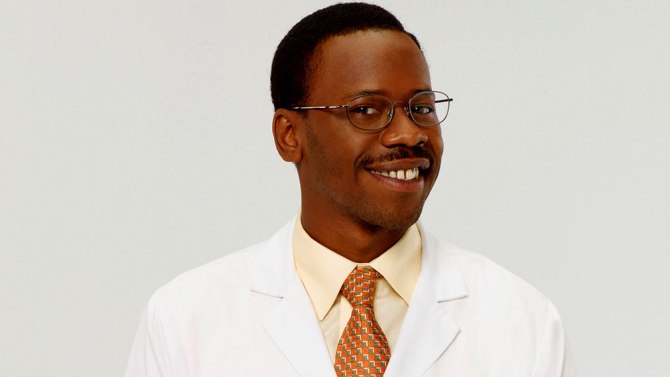 The six-episode series is an anthology-style sci-fi concept inspired by the unsettling and random ideas that one stumbles across late at night when surfing online — like, what if an obscure cartoon held the secret to time travel? What if energy drinks caused the apocalypse? What if the NSA’s top analyst was a gigantic, all-knowing cube of sentient meat named Bob?

Ambudkar, known for his roles in Pitch Perfect and The Mindy Project, will play Alex, a studious physics grad student whose limits are tested when his friend Sue drags him into a time-travel adventure from a ’90’s cartoon.

In a separate episode, Barrett (Timeless, Dear White People) will play basement-dwelling NSA programmer Chris. Also appearing (and previously announced) in the episode are Megan Mullally (Will & Grace) and Constance Wu (Fresh Off the Boat).

Friday Night Lights star Lauria will also headline an episode as a handsome and good-natured husband living in a post-apocalyptic world.

Dimension 404 is created by Dez Dolly and Will Campos, with co-creators Dan Johnson and David Welch. The series will be executive produced by Freddie Wong, Matthew Arnold and Dolly, while Dolly will also serve as showrunner. It is distributed by Lionsgate.

This is RocketJump’s second series for Hulu — earlier this year, its self-focused docu-series, RocketJump: The Show bowed on the SVOD. The prodco, known for its goofy, special effects-heavy style, rose to prominence with its YouTube series, Video Game High School, and has since branched out to different platforms including Youku Tudou in China, for which it created a series of original shorts in 2015.