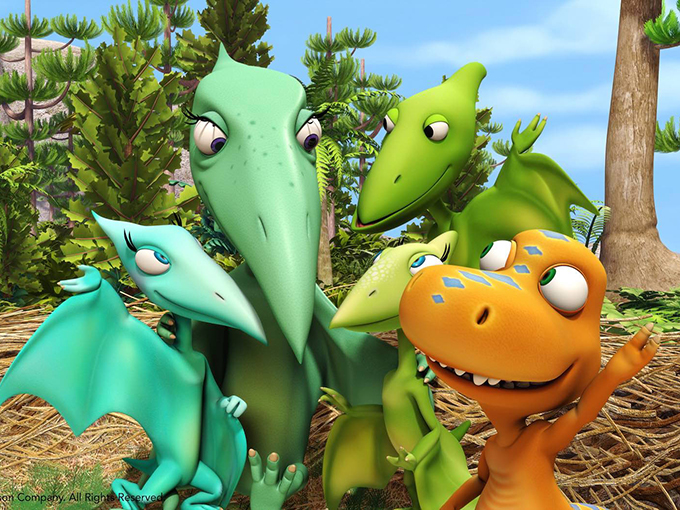 As it continues to take on Netflix and Hulu in the children's SVOD market, the e-commerce giant has secured the rights to a massive new slate.

The series, as well as long-running hits Wild Kratts, Arthur, Reading Rainbow, Caillou and Dinosaur Train (pictured), plus new titles Nature Cat and Ready Jet Go!, will be accessible to Prime members in the U.S. via the Amazon video app. It is available for TVs, connected devices including Fire TV, mobile devices and online.

The content, which is also downloadable for offline viewing at no extra cost, is also exclusive to the Amazon FreeTime Unlimited subscription kids service.

PBS Kids channels retain the right to premiere the series involved in the deal. Amazon can then stream them after a yet-to-be-announced period of time.

The deal also means that PBS Kids shows now exclusive to Amazon have been pulled from competing services such as Netflix and Hulu.

Programs not affected by the agreement include Sesame Street, which is exclusive to HBO and its streaming services HBO Go and HBO Now; Curious George, which is a Hulu exclusive; Super Why!, which stays on Netflix under a previous deal, and Thomas and Friends, which streams across Amazon, Netflix and Hulu.

The streaming deal comes as PBS Kids has a free, 24/7 multi-platform content service in the works to meet the changing media needs of American kids, in particular ones from low-income families.