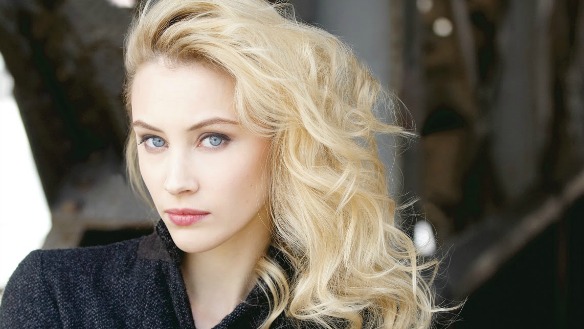 The project, created by and starring Canadians, is another example of the global SVOD's strategy of tailoring international content to local markets.

Alias Grace, the upcoming series co-commissioned by Netflix and the Canadian Broadcasting Corporation (CBC), has brought on board its first headliner. Sarah Gadon (Indignation, 11.22.63) will assume the titular role of Grace Marks in the six-part miniseries, which will debut on Netflix and on the CBC’s linear channel sometime next year.

The series is another example of Netflix’s attempt to get hyper-local in its various international territories, casting local talent (Gadon hails from Toronto, as does series writer and producer Sarah Polley) to tell stories that resonate with the local population. Alias Grace author Margaret Atwood is, of course, another born-and-bred Canadian one of the nation’s most celebrated writers. Netflix has also used this strategy with local originals in Japan, Italy, Germany, and Argentina.

Alias Grace is scheduled to begin shooting in Ontario on Aug. 15. The story follows Grace Marks, a poor, Irish immigrant and domestic servant in Upper Canada who, along with stable hand James McDermott, was convicted of the brutal murders of their employer and his housekeeper in 1943. The original novel was awarded the Giller Prize and short-listed for the Booker Prize in 1996.

The miniseries, co-commissioned by the CBC and Netflix, is produced by Halfire Entertainment. Series writer and producer Polley will also serve as an executive producer along with Mary Harron (who will direct the series).

Alias Grace is the second of Atwood’s novels to be adapted into an SVOD original in recent months. Netflix competitor Hulu recently acquired the rights to develop the iconic dystopian fiction novel The Handmaid’s Tale into a drama series.The series is set to debut sometime in 2017.