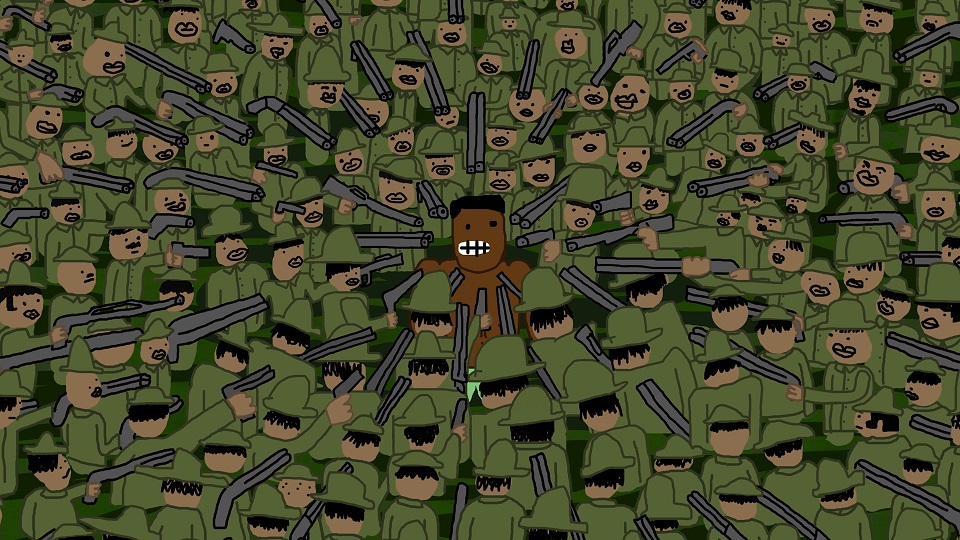 The channel, which recently moved online, has commissioned the two short-form series, which, although animated, will attract a more adult crowd.

U.K. prodco Wildseed Studios, fresh from its recent deal with the Fullscreen SVOD, will bring its quirky content to another online property — BBC3, the former linear channel that recently shifted to digital only.

Wolf Jenkins: Vietnam Vet (pictured) and Tales of the Serengeti will roll out on BBC later this year. Both are adult-oriented comedic cartoons with dark and unconventional tones in line with previous Wildseed projects, like teen zombie flick Hungerford and modern Frankenstein take Philip Human.

Wolf Jenkins, created by comedian Andy Needle, follows the heroic Dr. Jenkins as he attempts to rescue helpless animals that have been mugged, tortured or made to wear a fez by a series of “evil super baddies.” The series will consist of five four-minute episodes and become available in the fall of 2016.

Serengeti, created by cult cartoonist Ralph Kidson, is a lo-fi animated soap opera featuring animals from the Serengeti going about their daily business — fighting, eating, swearing and, of course, fornicating. The series consists of 10, three-minute episodes and is expected to drop sometime this summer.

Both series were commissioned by BBC3 controller Damian Kavanagh.

“This deal is a demonstration of Wildseed’s ability to pilot fresh ideas from the most exciting creative talent and develop results with partners looking to grow the next generation of digital hits,” said Wildseed Studios creative director Jesse Cleverly in a statement confirming the deal.

When the BBC channel moved to an online service earlier this year, it added two new content platforms – The Best Of, a back library of BBC’s most beloved programs, and The Daily Drop, for short-form videos, blog posts and image galleries. It also greenlit a slate of series and specials by Green Door Productions, the prodco owned by actor Idris Elba.