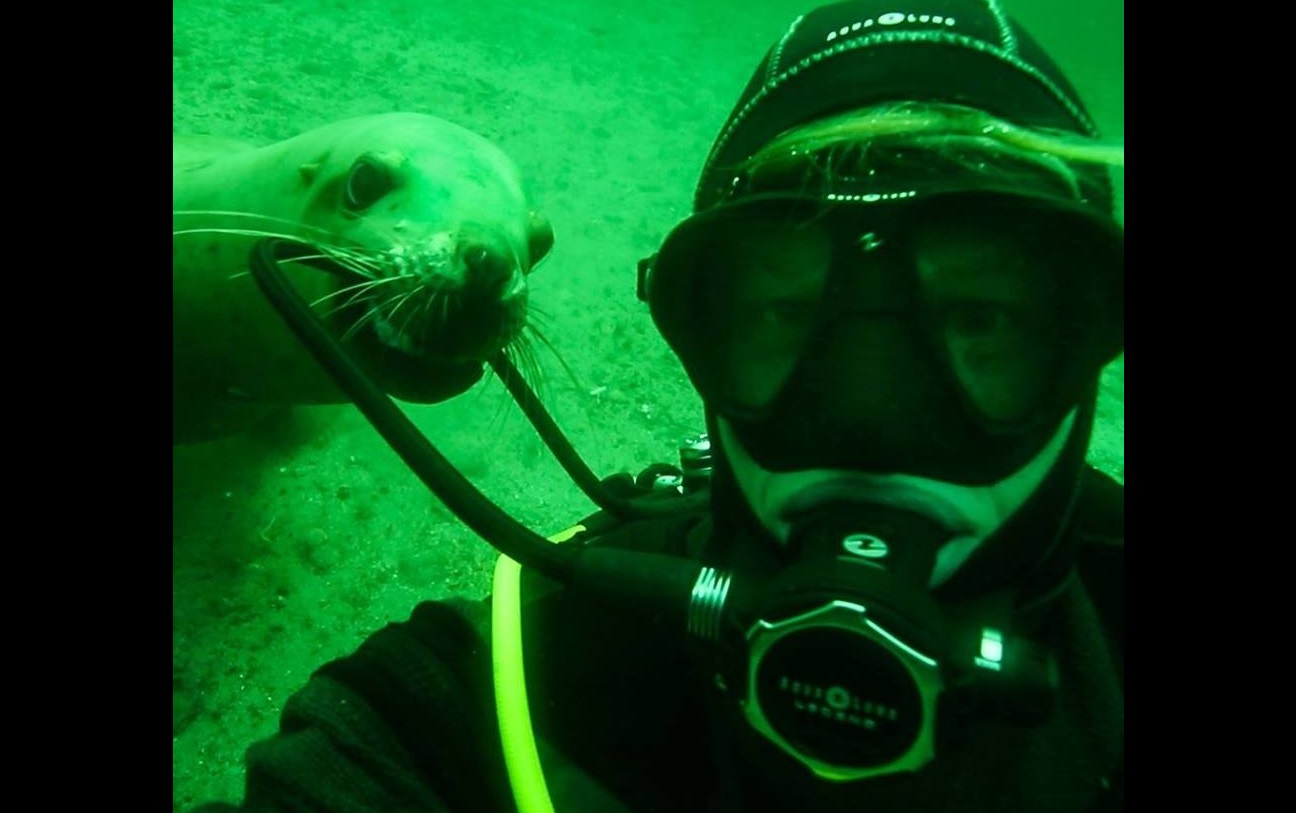 Filmmaker Bertie Gregory on how social media can get millennials interested in wildlife television - and why he didn't mind the lower budget.

If there’s one big takeaway from Vidcon, it’s that there are more digital platforms out there than ever — and if you ignore one in a favor of another, you risk getting left behind.

With that in mind, NatGeo Wild is covering its bases. Its latest digital series, wild_life with Bertie Gregory, will roll out primarily on Nat Geo Wild’s YouTube channel, with additional footage posted to platforms like Instagram, Snapchat and Facebook. It will premiere online Aug. 3.

The series follows Gregory, a 22-year-old wildlife photographer and cameraman, as he gets up-close and personal with the wildlife of West Vancouver Island in the Pacific Northwest. His main goal is to encounter the elusive coastal rain wolf.

It may have taken a lot of convincing to send a young filmmaker out on his own to track down a wolf with minimal crew by his side. But Gregory, who sat down to discuss the series with StreamDaily after speaking at the recent VidCon convention in Anaheim, said, with his expedition already sponsored and the ideas all there, all Nat Geo had to do was say “go.”

“I came to them and said, ‘Look, I have this sponsorship money to go do this project. I know this place like the back of my hand. I have these amazing little stories to tell’, and they said, ‘Yeah, let’s go for it. Let’s do our first digital series.'”

Gregory sees the material as ideal for anyone – from tweens to older adults. But, because of the platforms on which it will be distributed, it’s specifically crafted to reach the Gen Z and millennial demographic – a key demo for NatGeo as it feels the pinch of viewer consumption habits shifting from traditional platforms to those online.

“The (millennial) demographic is the gap that not only television doesn’t reach anymore, I’d say wildlife television really doesn’t reach as much in that range. Given my own age, it makes sense to market it toward that 18 to 30 range,” said Gregory.

Of course, with digital budgets usually only a fraction of what Gregory is used to getting for his cinematic and television work, the filmmaker had to make some strategic adjustments.

“Out of three months, I had a second camera operator maybe three or four weeks. Other than that, it was just me. It’s kind of a one-man band type deal,” he said.

But, in the end, the streamlined crew worked better for the type of program he was trying to create.

“The reason I like it is because, one, it’s way more intimate. I feel like there’s less barriers between me and an audience. It also just allows you to get into places you normally wouldn’t get. If you had four people, you’d never see (the wolf) because they’re really skittish and shy,” he said.

And, for a man who likes to spend his days out in the wilderness, Gregory is no Luddite — in particular, he loves social media.

“I’ve done television, I’ve done cinema, and to me (digital) is way more exciting. When you’re in the field, doing all the social media stuff, it’s instant feedback. What we’re hoping to do in the future is when we’re actually out shooting these, I can do way more posting to social media,” he said.

One of the platforms he’s most excited to start using more of is Facebook Live, which he loves but believes is not currently being used to its full potential. “I think Facebook Live is being used for, like, ‘Oh, look, I drank a glass of orange juice for breakfast.’ No one cares.”

His own exploration of the live-streaming space came during a recent journey to Chiribiquete National Park in the Colombian Amazon — a largely unexplored area (Gregory’s expedition was only the third human expedition to make it there) that the filmmaker compares to a real-life version of the film Avatar. The crew came armed with satellite internet to broadcast the journey live, which Gregory said helped bring a meaningful experience to thousands more viewers.

“In real time, people are like, ‘Oh, what’s the temperature? Did the bee stings hurt?’,” he said.

Through reaching young audiences on platforms they actually use in their day-to-day lives, Gregory said, the series can hopefully dispel misconceptions about wild animals.

“The media tells us they’re dangerous, but, in reality, if you know how to behave around them, they won’t attack you. When you hear about attacks, 99% of the time, it’s because people have done something stupid, like gotten out of their car and gone up to them,” he said.

Gregory will continue his relationship with NatGeo with several more projects in the works, including a television show and a magazine article, as well as some “secret” projects that he isn’t yet able to reveal.