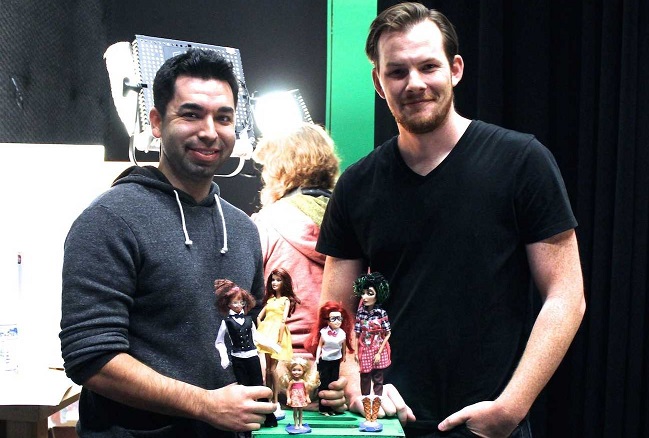 The project, which will bow on the Fullscreen SVOD in August, marks New Form Digital's first full-run animation series.

With its original programming available on a variety of global platforms, including YouTube Red, CW’s The Seed, Refinery29 and Verizon’s go90, New Form Digital has had plenty to crow about.

Now, with news of another content deal with Fullscreen, the digital studio (owned by Brian Grazer and Ron Howard) has another feather in its cap.

Dr. Havoc’s Diary, a stop-motion animated series by creators Mark Cope and Carlo Moss (The Most Popular Girls in School), is set to premiere on Fullscreen’s newly launched SVOD service this August. Cope and Moss also star in the series, which will run over 30 episodes. .

The project marks New Form’s first full-run animation series. It tracks the daily doings of Dr. Havoc, a mid-level industrious super-villain hell bent on taking over the world. Armed with his trusty photon laser and a healthy sense of cynicism, he battles an array of superheroes and secret agents, while the most intimidating foe of all waits at home for him: his wife.

For the series, Cope and Moss (pictured) developed various methods to increase productivity beyond the industry standard for stop-motion animation, including 3D printing and specialized software  — all with an eye on meeting digital distribution needs, according to Melissa Schneider, New Form’s SVP of production and development.

The result, she said in statement, “is an edgy and engaging series” designed to resonate not only on Fullscreen, but also with social audiences.