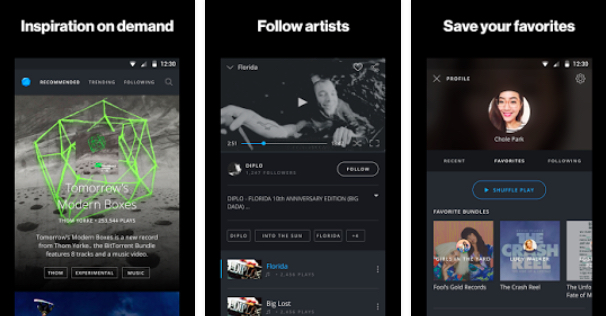 The company's transactional model will stay in place, but creators can now share ad-supported content - with 70% of revenue going to them.

BitTorrent’s feeling generous. It has relaunched its direct-to-fan, global media platform for on-demand video and music with a new name and a new ad-supported streaming model, and it’s giving a big share of the revenue cut to content creators.

BitTorrent Now is a reintroduction of BitTorrent Bundles, a transactional streaming platform the company launched in 2013 that allowed creators to set their own prices for work they’ve uploaded. This refurbished edition has introduced a pilot program for ad-supported streaming releases. Creators will receive 70% of all ad rev, though they still have the option for direct transactions via downloads, from which they get the better of a 90/10 split.

The refresh also includes BitTorrent’s first-ever streaming apps for mobile, starting with Android. Apps for iOS and Apple TV are in the works and will follow shortly, according to the company.

“This is about offering options, not rules,” said Christian Averill, VP of marketing at BitTorrent, which is positioning itself as an “artist-forward” platform.

“Our mission from the beginning has been to provide creators with the ability own their business model, and take advantage of different strategies to monetize their work. This is also an option for creators to expose their work to as wide an audience as possible, crossing socio-economic barriers,” said Averill.

On the music side of things, BitTorrent Now has signed with the likes of rapper and artist Yung Jake, who is debuting his new mixtap “USB” exclusively on BitTorrent, Kyiki of Crystal Fighters who’s debuting her latest single, and Fool’s Gold Records, which is offering up a collection of over 40 releases in its catalog including Atlanta R&B duo Bosco & Speakerfoxxx.