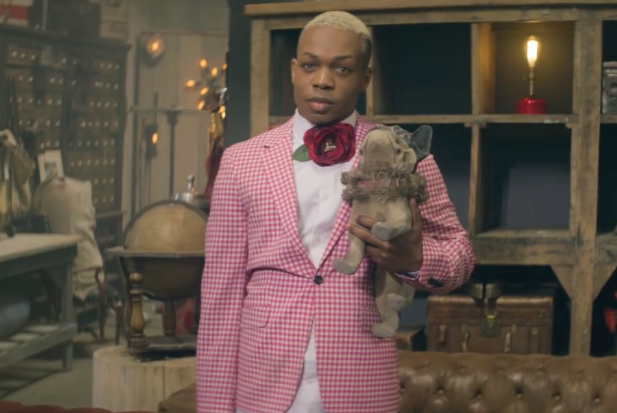 The teen-focused network has engaged the multi-talented performer in an overarching partnership that includes a film based on his recent tour.

AwesomenessTV and Todrick Hall are following the Yellow Brick Road straight into a multi-faceted partnership.

The Gen Z-focused network (through its film production company Awesomeness Films) and multi-talented YouTube star (who was a finalist on American Idol and stars in his own self-titled show on MTV) have begun production on a behind-the-scenes film following Hall’s upcoming North American tour titled “Straight Outta Oz.” The feature is the first part of an overarching partnership between Awesomeness and Hall.

“We’re excited to be partnering with Todrick as he takes his already impressive career to the next level with this behind-the-scenes look at the world he’s created,” said Awesomeness Films president Matt Kaplan in a statement.

The film, with the working title of Todrick Hall: Straight Outta Oz, is directed by Katherine Wright (Call Me Kuchu) and follows the performer as he embarks on his tour, which features a full-length musical, complete with an original score he created, that’s inspired by The Wizard of Oz. The film is intended to give fans a look behind-the-scenes as Hall mounts his musical, which tells the story of his life growing up in small-town Texas, and his struggle to come to Hollywood and eventually succeed.

Hall and Steven Grossman of Untitled Entertainment are serving as executive producers on the project along with Kaplan and AwesomenessTV founder and CEO Brian Robbins. Production is currently underway in Los Angeles and will follow along with Hall’s North American tour, which kicks off July 7 in Vancouver.

The deal with Hall comes comes as Awesomeness continues to steadily build its slate of direct-to-consumer films starring YouTubes. The company previously produced Tyler Oakley’s documentary Snervous, which debuted last December and opened as the number one documentary on iTunes.