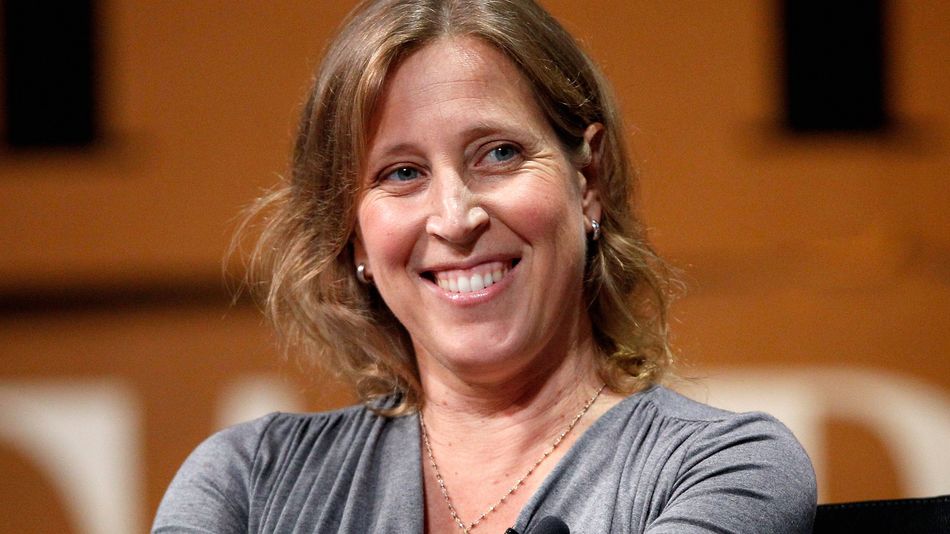 The Google-owned streamer is feeling the competition from the likes of Facebook and is pulling out the stops to stay on the top of the industry.

ANAHEIM — Few events (if any) at this year’s VidCon attracted as big of a crowd as the keynote by YouTube CEO Susan Wojcicki. (And, with 25,000 total delegates, that’s no small thing).

With standing-room-only in the third-floor ballroom at the Anaheim Convention Center, Wojcicki addressed several thousand industry delegates as she talked up the mainstream success of YouTube — and the increasingly vital part it has played in people’s lives, notably millennials.

“The bond between creators and their fans have never been stronger. In fact, 40% of millennials say that YouTube creators understand them better than their friends do,” she said, citing YouTube’s own research.

Wojcicki described 2015 as YouTube’s best year ever, citing growth in every region. But it was also clear, through the initiatives and new features revealed in the presentation, that the Google-owned streaming giant is feeling the competition from the likes of Facebook and others, and is pulling out all the stops to ensure it stays at the top of the industry.

Minutes after Kurt Wilms, product lead of immersive experiences at YouTube, took to the stage, he pulled out his phone, opened the YouTube app and put the camera into selfie mode. Moments later, the packed crowd in the ballroom filled the screen, streaming live as they cheered for the camera.

Wilms was demonstrating the newest upgrade to YouTube Live — the ability to stream live directly from mobile.

Wilms pointed out that YouTube first enabled live-streaming in 2011 “before it was cool.” But, until now, YouTube live stream has only been available through cameras connected directly to computers.

The move to mobile-streaming positions YouTube’s live-streaming engine as a direct competitor to Facebook, which has fast been gaining a reputation as the go-to live-streaming place over the past year.

YouTube also can directly compete with the likes of Twitter-owned Periscope. In fact, much like Periscope, YouTube Live will allow comments from viewers to appear directly on screen in real-time.

Users will also receive mobile notifications when a channel they subscribe to is broadcasting live.

“We think this will offer creators an entirely new, more spontaneous way to share,” Wilms said. “It’s going to be faster and more reliable than anything else out there.”

The feature will roll out gradually, starting with select creators around the world, including millennial news brand The Young Turks and pranksters Platica Polinesia, with a wide release expected later this year.

Along with global head of operations Sebastien Missoffe, Wojcicki announced a number of initiatives — some new, some previously announced — to make the creator experience easier.

(No, the 55/45 revenue split is not expected to change anytime soon).

“Each creator has different needs, whether they have millions of subscribers or just starting out,” said Missoffe, noting that the company is looking to expand customer service options for creators regardless of their subscriber count.

YouTube will launch a new program called YouTube for Creators, a central online hub where creators can manage their videos and channels through a single platform. Providing a localized experience in 23 different languages, Missoffe joked, “My mother in France doesn’t have an excuse not to be a community creator.”

It’s also expanding support services for creators. Now, any creator who has monetized his or her channel can reach out to the company with a question and receive an answer (from a real human) within 24 hours. This has previously been restricted to creators with more than 10,000 subscribers.

“As of today, that extends to hundreds of millions of creators. We know the success of the creators is what makes the community so strong, and we are dedicated to be there for each creator at every step of the way,” said Missoffe.

YouTube has kept subscription numbers for Red close to its chest — and the presentation by Susanne Daniels, VP of originals, didn’t give anything more away. However, she gave several subtle indications that the SVOD was performing well, stating that views for some originals “rival traditional cable shows.” She also noted that half of all watch-time came from mobile phones.

“But, believe it or not, we’re just getting started,” said Daniels. She went on to introduce six upcoming originals, none with set release dates yet.

There was no mention of when Red will expand its services beyond the U.S.