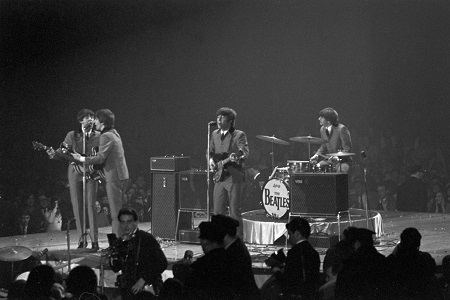 The Beatles: Eight Days A Week - The Touring Years opens in cinemas on September 16 and bows on Hulu a day later.

The Beatles: Eight Days A Week – The Touring Years will open in cinemas on September 16 and become available on Hulu a day later, making it the first film to debut on the SVOD following its theatrical premiere. It is the first film acquired by Hulu Documentary Films, which launched in May.

The doc, which was first announced in 2014, recounts The Beatles’ creative, professional and personal dynamic during their touring years through rare and exclusive archive footage and original interviews.

The time period stretches from early Beatles shows at Liverpool’s Cavern Club in 1962 to their last concert at Candlestick Park in San Francisco in 1966.

Paul Crowder served as editor on the doc. Previous credits include Sound City, Amazing Journey: The Story of The Who and Dogtown and Z-Boys.

Jeff Jones and Jonathan Clyde exec produced for Apple Corps, along with Imagine’s Michael E. Rosenberg and White Horse’s Guy East and Nicholas Ferrall. The film is coproduced by One Voice One World’s Matthew White, Stuart Samuels and Bruce Higham.

Richard Abramowitz’s Abramorama is handling the U.S. theatrical run, while Studiocanal has picked up rights for the U.K., France, Germany, Australia and New Zealand.