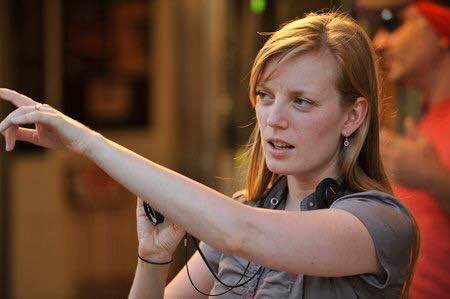 Netflix partners with CBC in adaption of Alias Grace

It’s been five years since Netflix streamed into Canada, challenging traditional broadcasters with its slate of mainly U.S.-made, on-demand content for a monthly price. It hasn’t been an easy road for the SVOD, which only became profitable in Canada in 2015.

But, with news that Netflix has inked what could be the most Canadian production deal ever, it appears those turbulent days are behind them.

The deal will see the SVOD partner with Canadian pubcaster CBC in the production of an original, made-in-Canada miniseries inspired by Margaret Atwood’s award-winning book Alias Grace.

Written and produced by Canada’s own Sarah Polley (Looking for Alaska, Take this Waltz, Away from Her), the six-hour Atwood adaption tells the true historical tale of convicted Canadian murderer Grace Marks. She was a poor, young Irish immigrant and domestic servant in Upper Canada who, along with stable hand James McDermott, was convicted of the brutal murder of their employer and his housekeeper in 1843.

Alias Grace will be directed by Mary Harron (American Psycho, I Shot Andy Warhol), with Polley and Halfire Entertainment’s Noreen Halpern (Aftermath, Working the Engles, Rookie Blue) serving as executive producers. D.J. Carson (Spotlight) will be producing alongside Polley. Production is set to start in Ontario in August 2016. The miniseries will stream globally on Netflix and get a linear bow in Canada on CBC.

“Sarah Polley wrote a stunning six-hour script, based on Margaret Atwood’s award-winning novel, and we are thrilled that CBC and Netflix have joined forces to co-commission this miniseries,” said Halpern, president of Halfire, in a statement.

“The opportunity to be involved with Alias Grace and world-class storytellers was an opportunity we could not pass up,” added Elizabeth Bradley, Netflix VP of content.  “We are looking forward to working with our partners at Halfire Entertainment and CBC to bring this compelling miniseries to our worldwide audience.”

Alias Grace is just the latest of Netlix’s content conquests that have been geared towards growing global subscriptions. Since expanding into 190 territories globally, it’s been gathering a wide gamut of exclusive content (both TV and film) that appeals to its culturally and geographically diverse audience – which now numbers 81 million people worldwide.

“As the world’s first global Internet TV network, our mission is to bring the best storytelling from around the world to the world,” Anne Marie Squeo, director, corporate communications at Netflix, told StreamDaily.

“Along with shows like The Trailer Park Boys, Between and Degrassi: Next Class, we’re thrilled to bring Alias Grace to our worldwide audience of more than 81 million subscribers.”

Netflix has also made a few other significant moves to up its Canadian-specific content game of late in a likely bid to retain Canadian subscribers and keep local SVOD competitors like Shomi and CraveTV at bay.

The SVOD giant recently signed a deal with Canadian media and broadcasting company Corus Entertainment for a mix of exclusive and non-exclusive streaming rights to Nickelodeon content in Canada, and in a particularly notable content coup for Canadian Netflix subscribers, Canada is, so far, the only territory that has secured streaming rights for Star Wars: The Force Awakens.