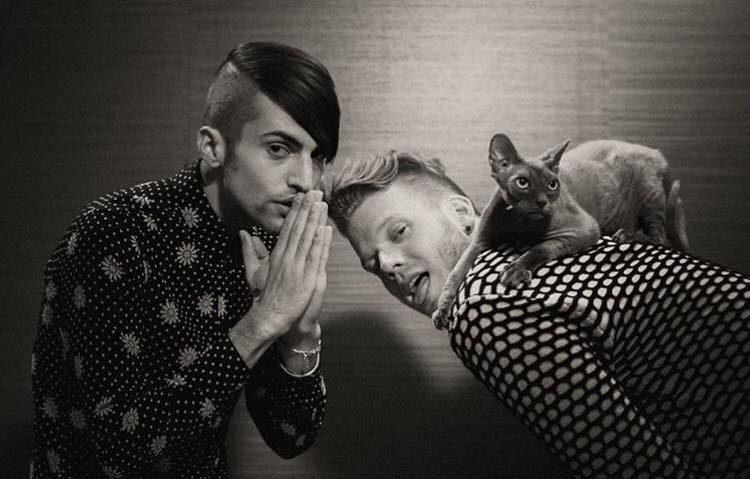 The new slate of influencers, which includes musical comedy duo Superfruit, will look at expanding into live touring, merch and publishing opportunities.

Just weeks after its big rebranding announcement, Fullscreen Media has signed on a slate of new influencers to its network. The new creators come from a wide array of verticals, offering further signs of Fullscreen’s pivot from MCN to multi-platform media company.

Joining the ranks of creators like Grace Helbig and the Fine Bros, both long-time members of the Fullscreen network, are Mitch Grassi and Scott Hoying of the comedy group Superfruit (pictured), gamer and comedian Brian Le (also known as Ricegum), the LaVigne family of the family vlog Lavigne Life, culinary wiz Gemma Stafford and magician Collins Key.

By signing, the creators get access to Fullscreen’s management, merchandising, sales, live touring and marketing teams in order to expand their reach and develop strategic partnerships.

“These five distinct creators represent some of the fastest-growing verticals in the digital space,” said Beau Bryant, Fullscreen’s SVP of talent, in a statement. “We look forward to growing their businesses and collaborating with them on premium entertainment.”

While Bryant did not specifically mention Fullscreen’s recently launched SVOD – also called Fullscreen – as one of the opportunities, many of Fullscreen’s creators, such as comedy duo Jack & Jack, have launched original, long-form content on the service.

The Fullscreen network will also help creators branch into new areas. For example, Le, who is known for posting comedic video “roasts,” will explore merchandising and live touring opportunities with Fullscreen in order to take his act on the road. Stafford, on the other hand, will work on developing her own consumer products and potentially get into the publishing business, from which many YouTubers have reaped the benefits.