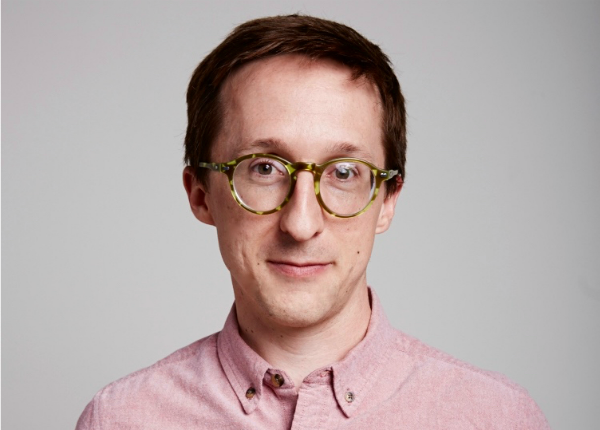 The linear/VR-hybrid show, directed by Benjamin Arfmann, is set to bow across Syfy channels and websites outside the U.S. Sept. 22.

The scripted short-form series, entitled Halcyon, blends both linear and VR elements. It’s set to bow across Syfy channels and companion websites outside the U.S. beginning on September 22.

Directed by BAFTA-nominated Benjamin Arfmann (Random Stop), pictured, Halcyon is described as a police procedural. The story is told over 10 episodes that will air on Syfy linear and digital channels, as well as five VR episodes viewable via the Oculus Rift and Samsung Gear VR.

For viewers who are only watching linear episodes, short recaps of each of the five VR episodes will allow fans to follow the complete storyline.

Set in the year 2040, the series is centered on Blake Creighton (Michael Therriault), the CEO of the world’s leading virtual reality company, Halcyon. Having cornered the market on VR, Halcyon has discarded the VR headset and allowed users to access the virtual space using neurological implants that manipulate the senses to create a virtual world.  When Creighton is found dead, presumed murdered, Detective Jules Dover (Lisa Marcos) and her partner, Asha (Harveen Sandhu), investigate what appears to be the world’s first virtual crime.

Halcyon was created and produced by Toronto-based Secret Location, with the financial participation of the Independent Production Fund and the Ontario Media Development Corporation.

Scripted storytelling using VR is still a rarity in the industry, as widespread adoption of the technology by viewers and expenses and technical know-how associated with VR production remain significant challenges to content producers in the space.

The U.S. remains the largest market for VR adoption by consumers, but is quickly being outpaced by China, according to Cliff Plumer, president of Jaunt Studio, the content and production arm of Silicon Valley-based VR outfit Jaunt.

“China’s moving at an extremely rapid rate for headsets and other tech which holds promise for the content,” said Plumer at the recent Stream Market conference in Santa Monica.

Despite the roadblocks, there is evidence (in the form of recent multi-million-dollar investments) that VR is expected to become mainstream. Chris Milk’s studio Within (formerly known as Vrse) recently took in $12.56 million in a funding round led by VC firm Andreessen Horowitz, while Comcast Ventures and partners sunk $6.8 million into Montreal-based studio Felix & Paul.

Michael Yang, managing director of Comcast Ventures, said at the time of the investment that Felix & Paul’s focus on what he calls “cinematic” VR was of particular appeal to the U.S. telco.