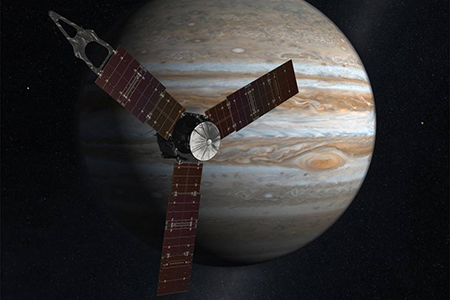 The factual SVOD has commissioned the indie studio to develop the new documentary short, which covers the mission of NASA's Juno spacecraft.

The 15-minute factual doc is set to explore the space shuttle’s unmanned mission to uncover the solar system’s largest planet five years after its departure from Cape Canaveral, Florida. The shuttle is expected to reach its destination on July 4 when it will be placed in a polar orbit to study the planet’s origins, its gravity and magnetic fields, and its polar magnetosphere.

The film will feature interviews with Juno mission’s key scientists, including principal investigator Dr. Scott Bolton, archive footage and CGI produced by NASA’s Scientific Visualization Studio to reveal Jupiter’s chemical fingerprint, its role in building our solar system, and the state-of-the-art technology on board the craft.

“We are fascinated by what the Juno Mission could potentially discover and are excited to share NASA’s ground-breaking work by creating an absorbing and informative short-form documentary,” Howard Swartz, executive VP of production and development at Arrow Media, said in a statement.