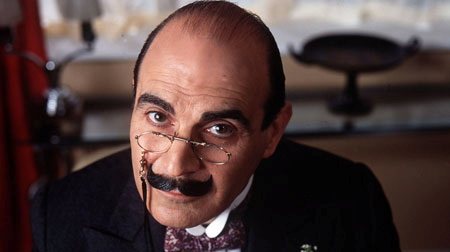 This isn't the first linear co-pro for the specialty SVOD. In fact, previous collaborations with linear producers have resulted in an Emmy nomination.

BBC One has ordered a new Brit-focused series, and it’s getting from an unexpected partner — an American SVOD company.

Acorn Media Enterprises, the development arm U.S. streaming service Acorn TV, which specializes in bringing British and British-style television to international audiences via its streaming platform, will co-produce an adaptation of Agatha Christie’s The Witness for the Prosecution. The two-part special is adapted by Sarah Phelps, directed by Julian Jarrold and is co-produced by Acorn Media Enterprises, Mammoth Screen and Agatha Christie Productions.

The series was officially ordered from Mammoth and Agatha Christie Productions, while Acorn Media Enterprises will serve as the official North American co-production partner.

The Witness for the Prosecution, one of the most celebrated works by Christie, is set in 1920’s London and follows the investigation and trial of the murder of the glamorous and rich Emily French, while, young and charming Leonard Vole tries to clear his name despite all evidence pointing to him.

A rep for Acorn TV confirmed that, as part of the agreement with BBC One, the special will premiere on linear in the U.K. on the BBC and will later premiere in the U.S. on SVOD via Acorn TV. However, no premiere date for its linear broadcast or SVOD debut have been set.

On top of Acorn’s exclusive U.S. rights to the two-part special, the on-demand streamer will also hold non-exclusive streaming rights in Canada, the U.K., Ireland, Australia and New Zealand.

Acorn’s development division, Acorn Media Enterprises, has entered into several co-pros before. Last year, Acorn partnered with BBC One on the three-part thriller And Then There Were None, and, prior to that, the service joined forces with ITV to become the official U.S. home to its original co-production of Agatha Christie’s Poirot (pictured), which was nominated for an Emmy.