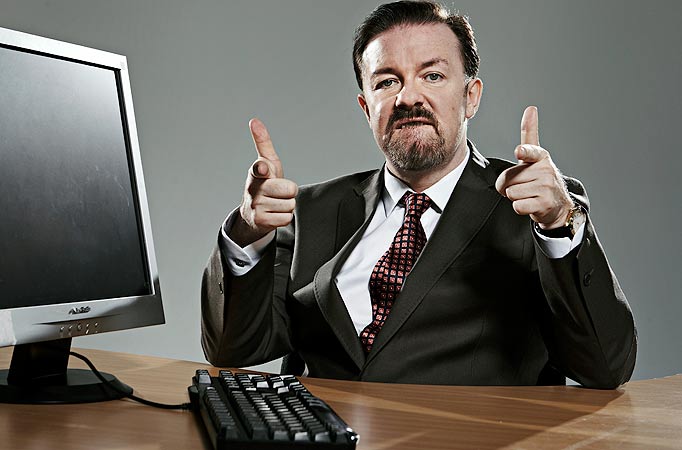 Ricky Gervais goes back to Brent with Netflix

Don't expect the U.K. version of The Office to return to the SVOD anytime soon, but the comedian will bring back the main character in a new film.

It seems Netflix just can’t get enough of Ricky Gervais. The SVOD has acquired the rights to Gervais’ latest film, David Brent: Life on the Road.

The film will premiere exclusively on Netflix in 2017 in all territories besides the U.K., Ireland, Australia and New Zealand. In those countries, the film will be release theatrically by Entertainment One (eOne) in August 2016.

The film is a mockumentary with Gervais portraying a familiar character, David Brent. Brent, the socially awkward and mean-spirited boss at the center of the original U.K. version of The Office, has since left the Wernham Hogg Paper Company and is working as a travelling salesman, while simultaneously chasing his dreams of rock stardom, self-financing a U.K. tour with his band, Foregone Conclusion.

Gervais is no stranger to Netflix — the two have collaborated across series, co-producing the original comedy series Derek and the comedy film Special Correspondents. Netflix was also the first SVOD service to host The Office U.K., which is no longer available on Netflix.

But the legend of David Brent has lived on, not only through Gervais’ portrayal but also through critics’ reaction to the character. The Office U.K., which only aired for two seasons (as opposed to its nine-season U.S. counterpart), has been called one of the best British sitcoms of all time by Comedy.co.uk, and received a score of 98% on Metacritic, which is based on cumulative reviews (all of which highlight David Brent as one of the strongest points of the show).

“I’m so glad the mighty Netflix has once again outbid all competitors in North America to show my movie exclusively,” said Gervais in a statement.