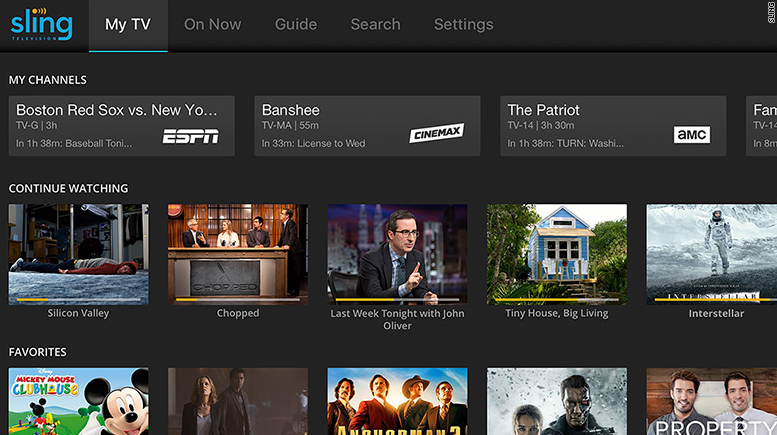 While Apple's system is not the most popular on the market, the expansion taps a growing demand for content on the living-room screen.

SVOD service Sling TV will bring its content to the (slightly larger) screen through Apple TV. The Sling TV app debuted on the fourth-generation Apple TV device on June 13.

“Delivering the best TV experience for our viewers means being on the devices people want to use,” he said at the event.

The app’s features will include new customization options, including a new “My TV” section, which allows users to add their favorite programs into a central location for easy access rather than searching through the library. They can also now resume watching content where they left off. That feature has long been available on competing SVODs Netflix and Amazon Prime Video (not Hulu), however previously Sling customers have only been able to pick up at the beginning of episodes, not in the middle.

While Apple TV is not the most-popular connected TV device out there, — the system has been out-performed in sales by Roku, Amazon Fire and Google Chromecast — the popularity of connected TVs has not been lost on major media companies.

Sling TV’s subscription model is slightly different from that of mainstream SVOD services like Netflix and Hulu. Rather than allowing full access to a wide library of multiple genres, the Dish Network-owned service offers packages similar to cable bundles, with a base package such as its “Best of Live TV” collection (featuring content from the likes of Maker, Sony Pictures Television and Univision) and optional add-ons for more specialty content like news and sports. Sling also offers a Sling Latino package, appealing to the growing and content-hungry Latin American demographic.

Sling recently added a dozen new channels from Viacom to its core package including Comedy Central, BET, Spike, MTV, Nick Jr. and others.