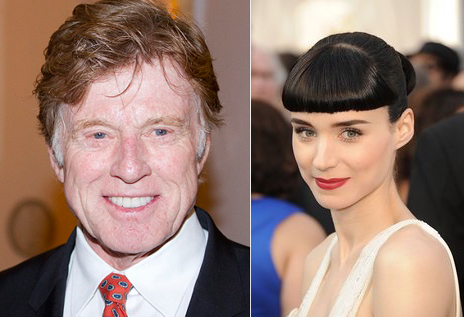 The acquisition speaks to Netflix's global focus as the SVOD seeks to create and acquire content that appeals across all borders.

Netflix has frequently been both praised and criticized (depending whether you are buying or selling) for the trail of content acquisitions it has blazed in the production world over the past couple of years.

Now, with news the SVOD has now purchased the global rights to Charlie McDowell’s The Discovery, starring Rooney Mara (Carol), Robert Redford (Truth), and Jason Segel (The End of the Tour), it’s clear that appetite for original programming has not yet been quenched (nor, apparently, has the wallet run empty).

The film will premiere on Netflix and in select theaters in the U.S. in 2017.

Directed by McDowell (who recently made his feature film directorial debut with The One I Love, starring Mark Duplass and Elisabeth Moss), and written by McDowell and Justin Lader, The Discovery is billed as a love story set one year after the existence of the afterlife is scientifically verified. Redford plays the scientist responsible for the discovery, with Segel portraying his son, Will, and Mara playing Isla, a woman haunted by a tragic past.

The film was produced by Alex Orlovsky of Verisimilitude and James Stern of Endgame Entertainment, and was co-financed by Endgame and U.K.-based Protagonist Pictures. Executive producers are Mike Goodridge and Dimitra Tsingou for Protagonist, and Julie Goldstein and Lucas Smith for Endgame.

“To describe the story as original doesn’t begin to capture the world that Charlie has created that will envelop you,” said Netflix chief content officer Ted Sarandos, in a statement. “Our global viewers are going to love this film.”

That global focus is increasingly important to Netflix, which expanded into 130 additional countries earlier this year, bringing its total territories to 190. Since then, the SVOD has been building a slate of exclusive content (both TV and film) that appeals to a culturally and geographically diverse audience that now numbers 81 million worldwide.

In the U.S., Netflix will drop The Little Prince on Aug 5. The animated film features the voices of Jeff Bridges, Rachel McAdams, Paul Rudd, Marion Cotillard and Benicio Del Toro. Also coming to the service this fall are: