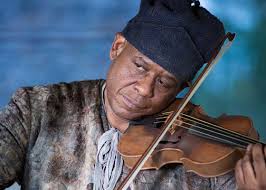 Hulu puts down Roots with A+E

There's been much fanfare around the SVOD's buying spree and its many exclusive deals, but are those deals as valuable as the company thinks?

As SVOD Hulu continues on its mission to become the destination of choice for U.S. video consumers of all ages (a strategy laid out by the SVOD’s CEO Mike Hopkins at the recent NewFronts), it has secured another significant content deal.

The SVOD confirmed it has acquired the exclusive streaming rights to History’s reboot of the classic American mini-series, Roots.

The four-part series, which follows a family during the period of slavery and features an all-star cast including Oscar winners Forest Whitaker (pictured) and Anna Paquin, along with Laurence Fishburne, Jonathan Rhys Myers and Anika Noni Rose, will debut on Hulu at an unspecified date this fall.

The series was popular on History, garnering a cumulative 14.4 million viewers across its initial four-day broadcast on the linear channel in early June, according to a company press release. So far, the series has reached 50.6 million total linear views.

This isn’t the first time Hulu and A+E have worked together — in 2015, Hulu struck a deal with A+E Networks to gain the exclusive SVOD rights of all past episodes of the popular drama series UnReal.

Although there has been much fanfare around Hulu’s acquisitions of popular and highly anticipated titles — like Ron Howard’s Beatles doc Eight Days a Week and kids favorite Curious George — those exclusive titles may not hold as much weight as the SVOD is hoping for (and the same plays true for Netflix, Amazon Prime and others). A recent study by Gfk Research found that access to titles not available anywhere else was only the twelfth most popular reason for users subscribing to SVODs. Turns out cost of the service is the top concern among streaming customers.