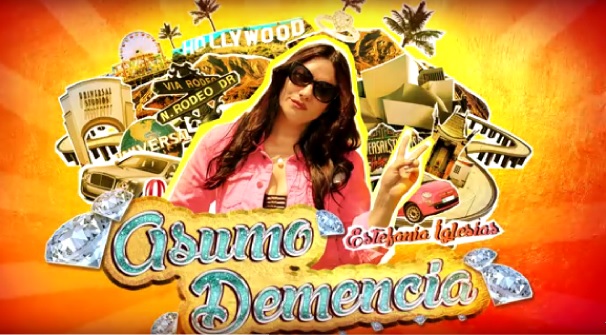 Asumo Demencia is the first of several planned channels targeting Hispanics, who represents 17.4% of the country's total population.

Fav, the Buenos Aires-based MCN, may have its roots firmly planted in Latin America, but that hasn’t stopped its execs from setting their sights on a market a little farther north.

Iglesias, an actor and journalist, is currently working at Univision on a program targeting Latino audiences.

Her new YouTube channel is a reality show about her life. In Asumo Demencia, Estefania shows her audience the craziness within one day of her life. Indeed, according to her, her days have 8,000 hours.

Iglesias began her career as a model and then devoted herself to acting, working in Hollywood films such as Bad Cop and Down For Life.

The channel is the first of several targeting the U.S. market and, specifically, American Latinos, according to Alejandro Burato, CEO of Fav.

“We are very pleased to continue the expansion plan and finally start our full production in the United States for Latino audiences. This is the first of many channels that we will be launching every month, added to the 200 own and operated channels that we already have in our network,” he said in a statement.

The Hispanic community in the U.S. numbers 55.4 million people, and represents 17.4% of the total population, according to a 2015 report from the Pew Research Center.