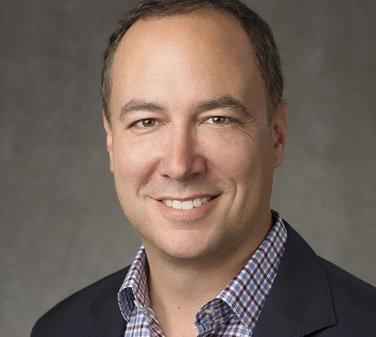 The newly created role will see the executive steer digital matters across the media co, all the while continuing to lead CBS Interactive as CEO.

CBS Interactive boss Jim Lanzone will add the title of chief digital officer to his executive resume in a move designed to help the media co continue its transformation into a premium content company in the interactive age.

“I’m very pleased today to be expanding (Lanzone)’s role in the development of this increasingly important part of our company,” said Leslie Moonves, CBS Corporation’s chair and CEO, in a statement confirming the new appointment.

The position marks a first for the company,  and will see Lanzone steer digital matters across the corporation, ensuring the company has a collaborative and coordinated digital media strategy across its divisions. This will include the cultivation and growth of new and existing digital streaming services, helping to shape where and how CBS content is consumed and exploring the potential of new platforms in the development of next-gen programming.

Lanzone will continue in his role as CEO of CBS Interactive, the company’s online content network for information and entertainment.

After joining the division as president in 2011, he is credited with leading the division to record financial and audience growth. According to Comscore’s January rankings of digital properties, CBS Interactive attracted 156 million viewers across desktop and mobile over the month, putting it the top 10 behind the likes of Google, Facebook, Amazon and AOL, and ahead of Apple, Mode Media and Turner Digital. He was upped to CEO in 2013.

Among the 30-plus sports and entertainment brands under the Interactive umbrella is the millennial favorite The Late, Late Show with James Corden, which has landed a solid viral hit on social channels with its Carpool Karaoke segment. The division also oversees the recently launched SVOD offering, CBS All Access, and the digital news channel CBSN.

Lanzone joined CBS from Clicker Media Inc., where he was co-founder and CEO. Clicker was acquired by CBS in 2011. Prior to his work at Clicker, Lanzone was the CEO of the search engine Ask.com (formerly Ask Jeeves).

Moonves praised Lanzone’s efforts over the past five years to build the business and audience at CBS Interactive into “a thriving and profitable operation.

“Now, as our first-ever chief digital officer, (Lanzone) will bring that expertise and influence to all of CBS’s businesses by working hand in hand with digital operations across the corporation. I look forward to the many contributions he will make as we continue to transform ourselves as a premium content company in the interactive age,” he stated.

Last fall, CBS announced it will soon become the first streaming service to partner with Nielsen. The partnership will see Nielsen Digital measure the size and engagement levels of CBS’ streaming audience and fold that information into the broadcasters’ overall network ratings.