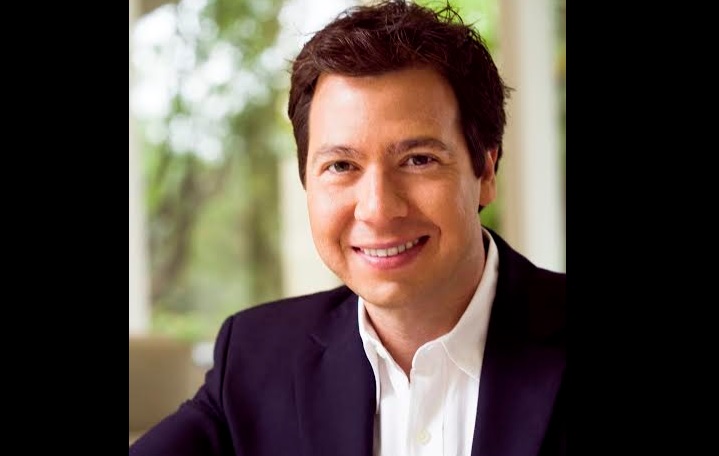 The service will launch this fall with on-demand and live content for comic and gaming super-fans of LDN channels Nerdist and Geek & Sundry.

Alpha, the soon-to-launch streaming service from Legendary Digital Networks (LDN), may sound an awful lot like an SVOD in that it will offer exclusive content and early access to programming for a monthly fee.

But Adam Rymer, LDN resident (pictured), is reluctant to put it in the same camp as Netflix, Hulu, Fullscreen or the many others currently operating in the subscription space.

“You look at a typical subscription service like a Netflix and what you are paying for is almost entirely the content behind the paywall. What we are producing…is more than just the content you can watch. There’s exclusive merchandise. There are chat rooms and forums where you can hang out with other people even in the absence of content, so that becomes more of a fan club in a way,” Rymer, pictured, told StreamDaily.

The full promise of the service, a joint venture from LDN’s two leading superfan channels, Nerdist and Geek & Sundry, is to become the first “completely interactive” video platform, offering on-demand content in combination with tools and features that allow paying members to interact directly with each other, show hosts and even programming via live-streaming experiences. In addition, subscribers will be given special access to live, fan-driven events like Comic-Con and SXSW, parties and merch tied to their favorite comics, games and programs.

Rymer said the idea for Alpha, which is set to debut this fall, emerged from internal conversations around what the next generation of audience is looking for. Interaction with the fans was key given that what drives Nerdist and Geek & Sundry is the relationship between programming and the super fans that love table-top games like Dungeons and Dragons, comic books and graphic novels.

“We have millions of people who consume our content across social media and other platforms and we have a daily conversations with them,” said Rymer.

With that particular audience in mind, Rymer said the need was to figure out how to innovate a subscription service model to include more functionality and more features than currently in use.

“The thesis there is that when TV came out, some people were putting radio shows on television, then gradually the industry realized that there is actually more they can do There. Then, when color TV came out, you took advantage of the new features that a color television offered. So, how come when you start putting a subscription service where people are watching it on desktop or mobile devices…most people are still thinking about just putting television content there?” he said.

“It’s a starting place, but we are trying to figure out what the next kind of content is that can be created using the devices that you are actually watching the content on.”

At a basic level, Rymer describes the new service as something akin to Twitch in that there will be a video screen and a chat room running simultaneously, allowing the audience to participate in a particular show as it airs in a number of different ways — everything from telling people on the show what they want them to do or voting in online polls that direct the on-air conversation to audience members selected to become part of the action.

“One of the things that we think is exciting about live is that you never really know what is going to happen and sometimes it is silly things like people falling off their chair or sometimes it’s ‘Hey, look, we got the director of this movie to come hang out for five minutes to talk about his movie with fans’ and then we go back to watching the movie,” said Rymer.

News of Alpha follows the recent launch of the Geek & Sundry-themed GnSLive channel on Twitch that provides about 30 hours of live content every week.

“That was the first time we really got to experiment with a direct live relationship with our fanbase,” said Rymer. He said the channel now has 19,000 subscribers who are paying Twitch fees to access much of the same content they can get for free on Geek & Sundry.

“They are paying this membership just to feel like they are members of this community and we feel, as we have been experimenting with new shows on this Twitch channel, there were limitations about what our fans would like to be able to do versus what we able to do,” he said.

Rymer said Alpha will mainly offer exclusive new shows and content, as well as early access to existing Geek & Sundry and Nerdist programming (though LDN is still working on the window length and timing). There will also be licensed third-party content movie and TV shows.

Programming will be offered in half hour to one hour blocks – “a natural time commitment for people,” said Rymer. The service will likely have between six to eight hours of programming per day, with contentrefreshed daily Monday through Friday, with occasional weekend programming.

Monetization of the service will be drawn primarily from subscription fees, which Rymer said will be in line with other sub fees in the market. But the company is already looking into the possibility of partnering with the likes of Facebook and others with live-streaming capability, as well as corporate sponsors.

The end goal, said Rymer, is to create an experience that attracts audience.

“The content is important and is certainly a primary driver of all of this, but the experience has to be great. You have to want to come home from work or from school and log in to see which of your friends are hanging out, which of the shows they are watching and have conversations with the host,” he said, adding, “We want it to be more of a social experience as opposed to a completely passive, ‘I’ll just sit back on the couch and watch Netflix for an hour.'”

Once launched, Alpha is expected to be available on desktop and iOS, as well as various OTT devices.