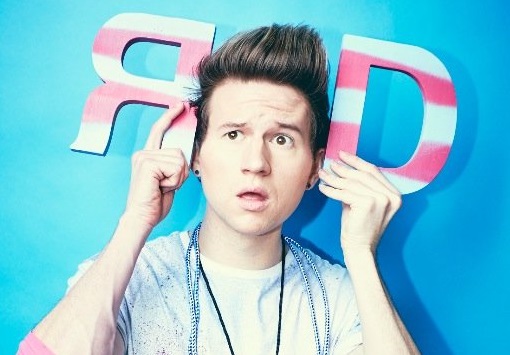 The YouTuber is the latest to join the ranks of online influencers-turned-authors, which includes the likes of Tyler Oakley and PewDiePie.

Ricky Dillon has officially become the latest YouTube star to use the written word as an alternative means of monetizing online fame.

After announcing the existence of his book and encouraging fans to pre-order back in February, Dillon’s debut memoir, Follow Me, has finally made it to print. Published by Simon & Schuster, the memoir is available for purchase at retailers in North America, the U.K., Australia and New Zealand, as well as online.

Follow Me gives Dillon fans a glimpse into his personal life and what it’s like to be a famed YouTube personality; Dillon boasts eight million fans across social media and 250 million views on YouTube.

“I’m excited for fans to not only have fun reading the book, but also get a glimpse into my day-to-day life that doesn’t typically come out in my videos. It’s been an unforgettable journey and I just can’t wait for my fans to finally get their hands on it,” Dillon told StreamDaily in an email.

He’s the latest in a line of YouTube celebrities to have authored books, including Tyler Oakley and, perhaps most notably in the U.S. market, Felix Kjellberg, aka PewDiePie, whose book This Book Loves You became a New York Times bestseller almost immediately after its October 2015 release.

Globally, Brit vlogger Zoella (real name Zoe Sugg) has made the biggest splash in the literary world with the 2014 release of her teen romance novel Girl Online. Published by Penguin Random House, the book sold more than 78,000 copies in its first week of release, making it the fastest-selling book for a debut author and out-selling the likes of Harry Potter author J.K. Rowlings. The book went on to become the best-selling hardcover for 2015 in the U.K.